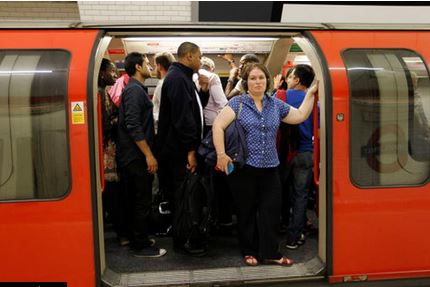 The Rail, Maritime & Transport (RMT) union has confirmed that industrial action due to commence on Tuesday evening on London Underground has been suspended following 'substantial' progress in talks hosted by ACAS on Wednesday.

Both the RMT and London Underground representatives left the talks yesterday to 'reflect' with the suspicion being and impasse had been reached. However, according to the MT, the talks have secured substantial movement in three key areas, enabling both the scheduled strike action and the on-going overtime ban to be suspended:

London Underground has confirmed that the assertion that the consultation over the planned measures was now complete has been removed and that further consultation will now take place.

LU has accepted that the number of staffing posts threatened with removal will be further reduced. The figure has already been scaled back to 897 in earlier talks and the company has confirmed that there are now likely to be additional reductions.

Salary and location guarantees have been extended to all staff affected who have medical restrictions.

RMT General Secretary Mick Cash said: “The substantial improvements we have agreed allow us to move forwards but the Union’s core opposition to the austerity-led cuts on London Underground has not shifted an inch and we remain vigilant to further developments and their impact.”

The Rail, Maritime & Transport (RMT) Union has confirmed 48-hours of strike action on London Underground later this month as talks to resolve a range of issues - including the closure of ticket offices - have stagnated.

RMT General Secretary Mick Cash said: "Negotiators have made every effort in the long-running talks to resolve a range of issues that impact on our members jobs, their pay and working conditions and the safety of the services that they provide to the travelling public.

“The cuts would de-staff whole areas of the tube system at a time of surging passenger demand and would make evacuation and other basic safety procedures a physical impossibility. The axing of ticket offices and station staffing grades would render the tube a no-go zone for many people with disabilities and for women travelling alone. The cuts ignore the realities of life that we saw when services broke down last week and the recent surveys which point to an increase in violence and sexual assaults.

"The strike action next week is designed to force the Mayor to instruct his senior officials to back away from this toxic cuts package and engage in serious and meaningful negotiations."

The Mayor's Office and TfL have not issued any statements at the time of going to press.

last week, Cash warned that the growing impact of cuts to maintenance on the London underground will be a major issue for tube users as we head into the winter months. This was after a morning and evening of chaos as various tube lines stopped running because of engineering faults.

Cash said at the time: "The only solution is to reverse the entire tube cuts programme which leaves whole sections of the underground network teetering on the edge. That is no way to run a mass transit system in a global capital city.”

On the same day, the Thameslink Service which runs from Bedford in the north through London to several destination in the south such as Brighton had no service from early afternoon through to the following morning after engineering faults left thousands of passengers stranded and forced to find alternative routes home.