Tunnel has Nip an' Tuck 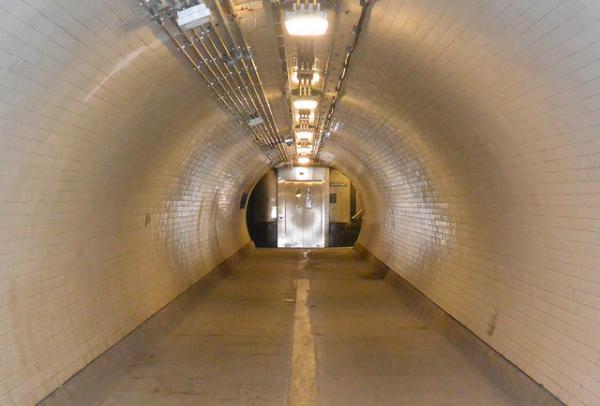 London's Woolwich foot tunnel has undergone the renovation of its two lifts as part of a five-year, £11.5 million programme by the Royal Borough of Greenwich to see improvements made to both this foot tunnel and the one in Greenwich. The free river crossings in Greenwich and Woolwich, which opened in 1902 and 1912 respectively, are used for a combined 1.5 million journeys every year. Recent works have seen a reduction in leakage, improved drainage and the introduction of new technology.

Apex Lifts was responsible for the installation of two new, 90 person (6,750kg) lifts in 2012. The company renovated the 40-person, two-floor, Grade II listed lifts, and restoring disabled access to the Woolwich foot tunnel. The Sidcup based manufacturer is known for installing lifts in unusual and historic buildings, with a number of Grade I listed structures, including the Lloyd’s Building and Windsor Castle, featuring in its portfolio.

“It is incredibly exciting to be involved in a project with such a rich heritage and culture,” stated Warren Jenchner, MD, Apex Lifts. “This is the first time since the tunnels were built over 100 years ago. While we’ve updated the technology, we’ve retained what we could of the original lifts. The 1912 original panels were removed, restored, polished, and reused. The newly renovated lifts are now in operation, looking great, and running smoothly.”

Pictured: The impressive renovation work on the lifts in the Woolwich Foot Tunnel that have been undertaken by Apex.