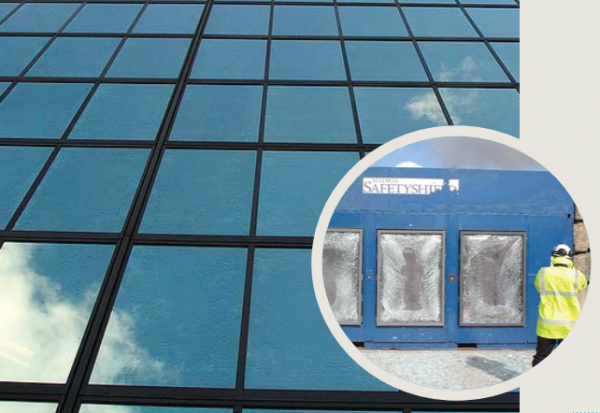 In an explosion, a single square foot of glass shatters into hundreds of potentially lethal sharp fragments, specialist window film stops this by holding broken panes together, preventing the shards separating and being propelled into the air.

The Window Film Company’s bomb-blast film is available in a range of thicknesses and grades. These have been designed to deter everything from bomb blasts to natural disasters with each subject to extensive independent tests.

He continued: “When an explosion happens, glass shatters into over 200 piercing fragments. Each of these slivers is sharp and potentially lethal. Window film traps these shards to drastically minimise injuries. As blast mitigation is a serious and growing issue in our cities, alleviating the varying threat types by protecting glazing in commercial buildings requires specialist window film which must be installed by experienced and trained professionals and it must be done on a bespoke basis.”

Window films provide an extra layer of protection, applying the film with an attachment system delivers the most wide-ranging security available. Such systems anchor the film to the window frame so that in the event of an explosion, the system holds both in place, mitigating the potential blast impact.

TWFC offers the Madico SafetyShield range of systems. There are four options made for different requirements: