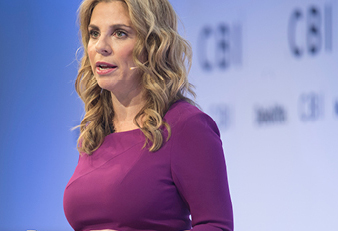 Facebook is set to take on an extra 500 staff in London , its European head has announced, as she hailed the UK as one of the best places for technology companies to set up.

Nicola Mendelsohn, Facebook’s vice president of EMEA, told the CBI conference (on Nov 21) that the social media empire will employ 1,500 people in the capital next year.

Theresa May welcomed the move, stressing that Facebook: Iis just one example of how businesses are saying ‘actually the UK is a good place to invest and a good place to do business’.”

Making her announcement, Lady Mendelsohn told delegates: “We have 1,000 people working in our offices in London but we’re going to continue to invest and we’re going to increase our head count by 50% in the next year, so we will have 1,500 people here in the UK.

Describing technology in the UK as a British success story that the nation should be proud of, the peer urged big business to try to be as agile, fast moving, able to disrupt the norm and pivot in the same way as smaller firms.

She said Facebook used a 'lock-down' style of innovation by reacting to changing trends. The shift towards mobile, which generated 0% of revenue for Facebook in 2012, is now worth more than 80% of revenue, she said, adding that Facebook is now seeing 100 million hours of video being watched every single day.

Lady Mendelsohn also encouraged firms to give their staff greater access to information to make better decisions and in turn have a greater impact.

Picture: Lady Mendelsohn brought music to the ears of employees and office letting agents at the recent CBI conference

CBRE has renewed its contract with Axis Security to continue providing security services at the Rathbone Square development in Central London - which began in 2017 when...

Chocs Away and Shades of Grey

Wispa it quietly, but being a chocolate taster job is on offer below but we kick-off with some warnings about what not to do if the passion of Valentine's Day has...

Love Us or Leave Us - Vodafone to Scoot Out of the UK?

Vodafone has effectively confirmed it is considering moving it's HQ building out of the UK, whilst some other notable names are planning their exits. ThisWeekinFM...