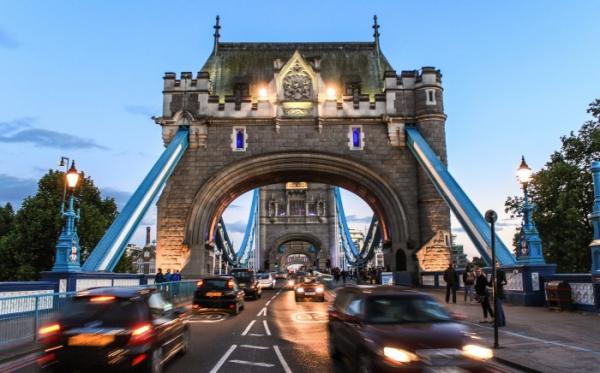 The Mayor of London, Sadiq Khan, has brought plans for the toughest crackdown on the most polluting vehicles by any major city around the world first proposed by his predecessor Boris Johnson.

A £10 charge for the most polluting vehicles and an extended Ultra-Low Emission Zone will be part of a major public consultation launched on the 60th anniversary of the Clean Air Act.

With around 9,500 Londoners dying from long-term exposure to air pollution every year and latest research revealing over 443 schools in the capital are in areas exceeding safe legal pollution levels, Khan wants to take action to help end London's 'public health emergency' and clean up the capital’s filthy air.

From new charges for the oldest most polluting vehicles, to improved alerts for high-pollution episodes, the Mayor is today asking Londoners for their views on his Clean Air Action plan. The public have until Friday 29th July 2016 to feed back on the first round of the consultation, further more detailed consultation will take place later this year and some measures could be implemented as early as 2017.

The Emissions Surcharge in 2017, followed by an expanded ULEZ in 2020, would be the toughest crackdown on the most polluting vehicles by any major city around the world.

Khan, said: “Just as in the 1950s, air pollution in London today is literally killing Londoners. But unlike the smoky pollution of the past, today’s pollution is a hidden killer. Urgent action is now needed to ensure Londoners no longer have to fear the very air we breathe.

“I am also calling on the Government to work with me and to take more action to tackle air pollution. We can’t do this alone in London. The Government should seize the spirit of the 60th anniversary of the Clean Air Act and pass new legislation fit for the 21st century. This needs to provide new powers and legal protections to ensure that the existing legal limits for air pollutants are retained following Brexit.”

Professor John Middleton, President of the Faculty of Public Health, said: “Although we no longer have the ‘pea soupers’ that killed 12,000 people in the 1950s, 40,000 deaths each year in the UK are attributable to exposure to outdoor air pollution. It is also evident that it is disproportionately the poorest of our communities which are most exposed and vulnerable to air pollution."

Kay Boycott, Chief Executive of Asthma UK, said: “Air pollution, in particular traffic pollution, plays a role in both triggering asthma attacks and causing asthma in both children and adults. According to the latest figures from the Health Survey for England toxic air affects nearly 600,000 people living in London with asthma, so it’s vital that action is taken to improve air quality."

RAC head of external affairs Pete Williams said: “While bold action is needed to tackle London’s air quality problem, we fear bringing in the ULEZ a year early could unfairly penalise small businesses with older vehicles, as well as less well-off private motorists. These same groups will also be worst hit by the toxicity charge that comes in next year. Small firms operating in the capital now face a real challenge and need to start planning for the changes now – either by gradually refreshing their fleets or by considering leasing. Many will have bought smaller, more efficient Euro 5 diesel vehicles in recent years in good faith – believing they were doing the right thing for the environment thanks to their lower CO2 emissions. These drivers now have a whole year less to switch to something even cleaner to avoid being affected by the ULEZ."

Dr Penny Woods, Chief Executive of the British Lung Foundation, said: “It’s a tragedy that on the 60th anniversary of the Clean Air Act, we continue see pollution limits broken in many parts of the capital, urgent action is needed to clean up London’s air. We are pleased the Mayor has prioritised improving air quality."

Cllr Julian Bell, Chair of London Councils’ Transport and Environment Committee, said: “With over 9,000 Londoners dying prematurely each year as a result of air pollution, it’s vital that action is taken and boroughs stand ready to build on the good work they are already doing.”

Jace Tyrrell, Chief Executive of New West End Company representing West End businesses commented: "We are fully supportive of the Mayor's consultation, and look forward to working with him and the businesses we represent to deliver a sustainable solution for improving air quality in the West End. Along with Cross River Partnership, we launched an Air Quality Strategy to drive business-led action to reduce business emissions by 10% and business related traffic congestion by 40% before 2020. However, there is much more to be done to target dangerous pollution levels in London, and we look forward to working closely with the Mayor towards achieving this."

This is the first stage of the Mayor’s Clean Air consultation with later stages focusing on more detailed assessment around the £10 Emissions Surcharge (‘T-Charge’) and ULEZ. The next stage is due in the autumn. To view the consultation visit www.london.gov.uk/cleanair

Picture: Tough on pollution - tough on the causes of pollution