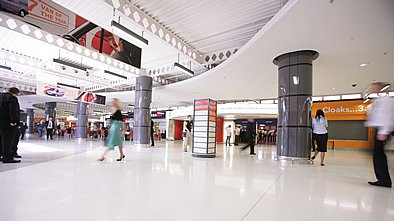 Whether it can be regarded as the new Interbuild or an entirely different event UK Construction Week has been promoted to cater for all needs.

Held on 6-11 October 2015 at the NEC in Birmingham, UK Construction Week is having the full PR treatment by claiming it will provide the most powerful opportunity available for suppliers and contractors to connect face-to-face, all under one roof.

More than 600 exhibitors will be joined by an estimated 55,000 plus building and construction industry contractors and professionals who may choose from a mix of seminars, demonstrations, debates and discussions that will be fronted by well known broadcasting celebrities like BBC’s John Humphries and Channel 4 News presenter Krishnan Guru-Murthy.

The show is being heavily promoted as nine shows in one and includes Smart Buildings, Energy, HVAC and Timber Expo. Whether it will succeed in drawing visitors in such numbers remains to be seen. From claims some months ago of over 1,000 exhibitors, the latest information appears to show 600 which given there are nine exhibitions under the umbrella brand, may not be as comprehensive as originally planned.

Picture:    UK Construction Week 2015 makes its debut at the NEC next week and has ambitious hopes to be the premier building show.

Howdy Partner for the New Show

UK Construction Week in October this year is taking shape and this week has seen Glenigan, construction intelligence provider, has signed up as the event’s official...

ThisWeekinFM has announced three speakers for the ex-military FM networking event in October. The not-for-profit event promises to connect those who have left the...

A NAAFI Break with JobOppo – TWinFM Joins for Episode One

ThisWeekinFM’s Dave Mapps and Ray Cooksley from ISS join “A NAAFI Break with JobOppo” to highlight FM as an ideal employment sector for service leavers...

ThisWeekinFM is the Headline Media Partner of EMEX, The Energy Management Exhibition. EMEX connects all industrial and commercial energy consumers with leading...

Our guests enjoyed an unforgettable evening on the River Thames, to mark ThisWeekinFM's return to events in 2021. After a hiatus in our events due to the...

ThisWeekinFM is hosting a special rooftop networking event, to mark the return of The Facilities & Workplace Networking Club. Join us for a casual and informal...