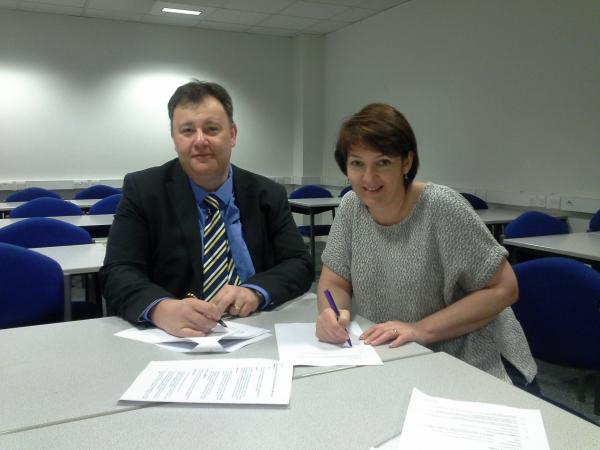 It has just been revealed that in early March, UNISON Greater London signed a recognition agreement with Ocean Integrated Services - perhaps a first for the facilities market. Could this be the start of a new wave?

Ocean currently holds a number of cleaning and portering contracts in Universities in London including Birkbeck College and the London School of Economics. This agreement will enable all Ocean workers in higher education institutions to play an active role in maintaining a good working environment and protection for their terms and conditions through their Trade Union UNISON.

Andy Erskine, Group MD (pictured left) of Ocean, on signing the agreement said: "We have been able to put a formal recognition agreement into place with Unison covering all of our activity within the higher education sector.  Unison is a union that shares our goals and ambition of providing a secure working environment for our teams that allows every member of that team to realise their full potential.  We look forward to working closely with the UNISON team as we continue to invest and develop our team."

UNISON Regional Manager, Maggi Ferncombe (pictured right) said: "This is a significant step for UNISON members working in Ocean Integrated Services. Ocean staff can be confident that their employer cares about their working lives and conditions by signing this agreement. It also ensures that by negotiating this agreement, UNISON can fully support its members with any issues at work and enables members to raise any problems through a collective voice."