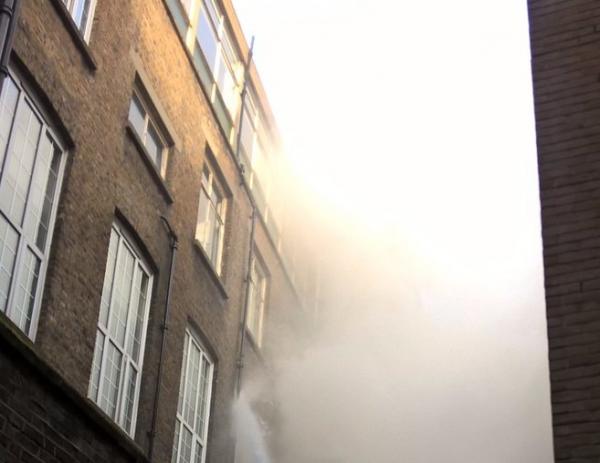 Eight fire engines and 58 firefighters and officers tackled a fire on the ground floor of a London Metropolitan University complex on Holloway Road on Thursday 12 October.

The whole of an IT server room on the ground floor was damaged by fire but fire crews prevented the blaze from spreading to adjacent rooms.

Station Manager Richard Arnold said: "Firefighters located a fire in an IT room on the ground floor. Thankfully no one was involved but the University have confirmed that lessons in the Tower complex and enrolment will be suspended (at least for one day)."

The Brigade was called at just before 6:000am and the fire was under control by 9:50am. Thus there were no injuries to students who would still have been home in bed.

Detectives have released still images of a man sought in connection with an arson attack on Middlesex University halls of residence in London.

At around 6:30am on August 9, emergency services were called to a fire at the Ivy Hall student halls of residence in Cricklewood Lane. There were no injuries but minor damage was caused to the building.

The suspect is described as a white man of slim build, aged in his mid 20s with short brown hair. He appears to have a deformity to his right arm and may be missing one or more of the fingers of his left hand.

Picture: Main - the blaze at the London Metropolitan University complex in London. Below - CCTV of the suspected university halls arsonist 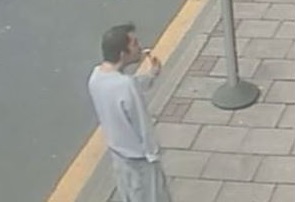 British Transport Police have arrested a woman on suspicion of arson in connection with their investigations in to a blaze Arrest at Nottingham railway station. The...

Oxfordshire's Fire and Rescue service dealt with three major fires in South Oxfordshire - one, at council offices, is as a result of a suspected arson...