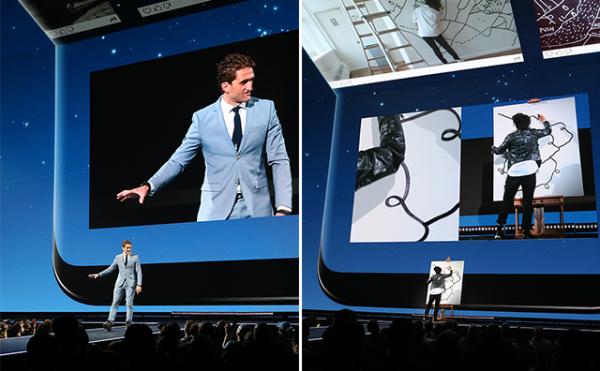 Samsung’s Unpacked event in New York captured considerable media attention attention on March 29, as the Galaxy S8 and S8+ were unveiled to a full house at the Lincoln Center’s David Geffen Hall.

This globally coordinated product and brand event brought together New York, London, Dubai, Moscow and Los Angeles with a series of illuminated billboards featuring deep-sea imagery and 3D projections on some of the world’s most iconic buildings.

On March 27, Samsung officially published its plan to deal with the 4.3 million Galaxy Note 7 devices produced and recalled worldwide following battery faults. This comes after nearly five months of campaigning and global protests addressing the environmental impact of the recall, especially by Greenpeace Interntional.

“People around the world signed petitions, emailed Samsung’s CEO, demonstrated in cities around the world, and finally Samsung has listened. This is major win for everyone that took action and a step towards shifting the way we produce and dispose of electronics,” said Jude Lee, Global Senior Campaigner at Greenpeace East Asia.

In a public statement released on its website, Samsung committed to refurbishing and selling the recalled phones or use them as rental phones and to detach salvageable components, such as semiconductors and camera modules, for reuse or sale - and extract metals using environmentally friendly methods.

The IT giant also claimed it will be joining a new research conducted by the European Union aimed at developing a new environmentally friendly technology to recycle smartphones.

Samsung has announced it is suspending sales of its Galaxy Note 7 smartphones after reports of phones catching fire while charging - destroying the phone and the SIM with...