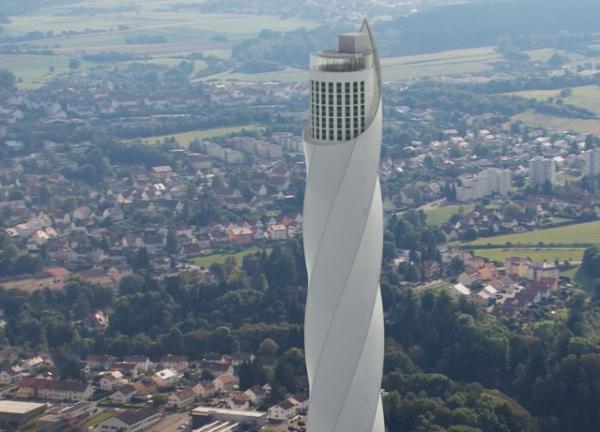 More than 160 years after the invention of the conventional elevator, Thyssen Krupp has unveiled the first functional multi-directional lift at a 246 metre tall test tower in Rottweil, Germany.

OVG Real Estate is the first customer, partnering with Thyssen Krupp to install the first multi system in its new Berlin flagship development.

This is the world’s first rope-less and sideways-moving elevator system - it's current brand name is Multi. Instead of one cabin per shaft moving up and down, the Multi offers multiple cabins operating in a loop.

The drive mechanism is similar to that used on high-speed thrill rides at adventure parks described as a 'safe multi-level brake system'. This is complimented by wireless data and energy management on the cars.

OVG Real Estate has committed to Multi being installed in its new East Side Tower building in Berlin - set to be an icon of the German capital.

200 representatives came to the launch this week ending Sept 1 including high profile developers, architects and engineers from around the globe. Key participants included Coen van Oostrom, CEO of OVG Real Estate, and Antony Wood, Executive Director of the Council on Tall Buildings and Urban Habitat.

As our cities continue to grow and buildings get larger and taller to accommodate more people, planners and architects face significant challenges around moving people comfortably and quickly to their destinations. Multi can achieve up to 50% higher transport capacity and reduce peak power demand by as much as 60% when compared to conventional elevator systems. Additionally, since Multi can move sideways as well as vertically and without any height limitations, it enables new possibilities in the architecture and design of buildings.

At the launch, Andreas Schierenbeck (Thyssen Krupp CEO) said: “We believe Multi is a genuine game-changer that will transform the way people move, work and live in our built environment. It will reduce waiting times for passengers and take up significantly less space within the building. Multi is a landmark revolution in the elevator industry.”

Multi requires fewer and smaller shafts than conventional elevators and can increase the building’s usable area by up to 25%, representing extra revenues from the additional rentable/leasable space. This is particularly important considering current elevator-escalator footprints can occupy up to 40% of a high rise building’s floor space, depending on the building height.

OVG is known by its project The Edge that claims the title of ‘world’s most sustainable office building’. Coen van Oostrom, CEO OVG Real Estate said: “What drives OVG is continuous innovation in smart technology, sustainability and well-being, which keeps our company one step ahead of the rest.”

According to Antony Wood, Executive Director of CTBUH: “This is perhaps the biggest development in the elevator industry since the invention of the safety elevator some 165 years ago. The ‘holy grail’ for elevators has been to move beyond being pulled vertically by a rope under tension – towards a system that allows movement in inclined or horizontal directions. Multi, more than any other product delivered to date, really shows the way forward for that potential. This has the capacity to transform the industry at large, changing the way tall buildings are designed and allowing for much more efficient core designs, as well as better connectivity in buildings.” 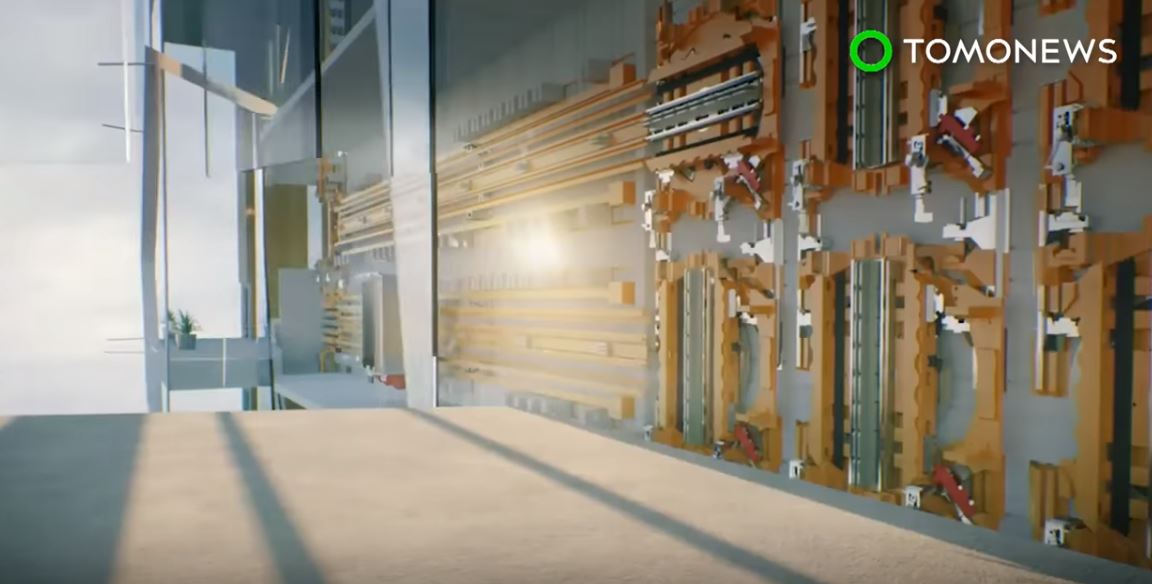 International energy company Vestas, which is a specialist for wind energy, has appointed CBRE to provide integrated FM across its worldwide property portfolio....