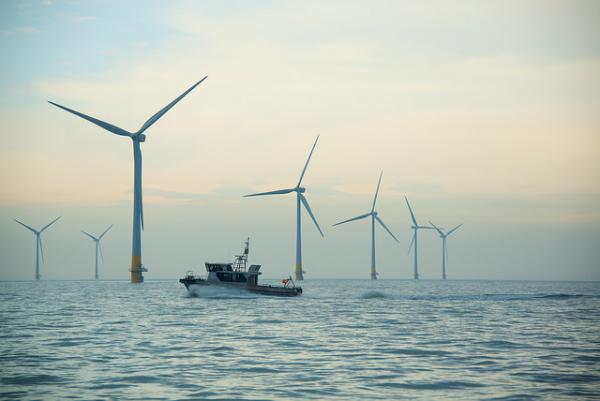 Vattenfall has decided to invest more than £300 million to build Scotland’s largest offshore wind test and demonstration facility which had previously been held-up by Donald Trump's complaint it would ruin the view from his golf course.

Together, Swedish energy company Vattenfall and its partner, the Aberdeen Renewable Energy Group, have been developing the European Offshore Wind Deployment Centre. Vattenfall gave the green light recently to fully fund the 92.4MW, 11 turbine project. The £300mn EOWDC will test and demonstrate cutting-edge offshore wind technology and once operational in 2018 will boost the industry’s drive to competitive clean power.

Gunnar Groebler, Senior Vice President and Head of Business Area Wind at Vattenfall, said: “Vattenfall, AREG, The Crown Estate, the Scottish Government and many others have been working since consent in 2013 to deliver the project and support the increasing competitiveness of the offshore wind sector. Now the Vattenfall team and our contractors will focus on building the project safely and help establish the north-east of Scotland as an international centre for offshore wind innovation.

“Vattenfall’s green light for the EOWDC underlines our long term ambition to grow our wind power capacity, including in the UK. The UK Government believes that wind power should continue to provide an essential part of the UK’s low carbon electricity generation mix and so we remain committed to expanding our UK operations. In particular, we are confident that the new UK and Scottish governments will continue to support growth in offshore wind as the industry lowers the cost of energy significantly.”

Chair of AREG and Aberdeen City Councillor, Jean Morrison, said: “This is a big day for the north-east of Scotland’s energy industry. The EOWDC is an important element in the strategy to diversify our energy industry, access new international markets, reduce the cost of offshore wind and create and safeguard jobs.

“Now ambitions for our energy industry can begin to become reality.”

Minister for Business, Innovation and Energy, Paul Wheelhouse, said: “This is great news for the industry. Scotland is admired around the world for our work in renewable energy. This project will keep our nation at the forefront of innovation by allowing energy companies to identify new ways to reduce operating costs.

“It’s important to remember that Scotland’s commitment to renewable energy has already helped the country meet our goal of achieving a 42% reduction in greenhouse gas emissions six years ahead of schedule but we have more to do as a society in setting out to achieve our obligation to reduce emissions by 80% by 2050 and renewables will be absolutely key to this."

Onshore construction near Blackdog will start later this year and is due to complete late next year. Works offshore will commence in Aberdeen Bay in late 2017. The project is scheduled to generate first power in spring 2018 and operate for 20 years or more.