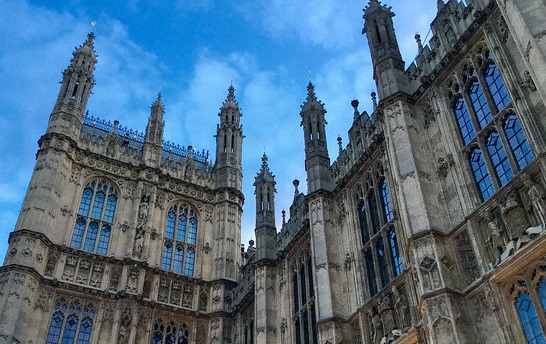 The High Court has said that new rules brought in by the UK government which made it harder for people in England and Wales to go to court to protect the environment must be changed.

In a judgment on Friday September 15, Mr Justice Dove said that crucial additions were needed to bring the rules within the law and clarified that they must only be used in the way he set out.

The rules, introduced in February 2017, scrapped fixed costs limits which capped how much people and charities had to pay if they lost a case against a public body. Now, as a result of the High Court’s ruling, caps will still be fixed at the beginning of a case and can only be changed in exceptional cases, giving people and charities the early financial certainty they need when they stand up for the environment.

The RSPB, Friends of the Earth and ClientEarth said: “The judgment is an important victory in the battle for better access to justice and ensures that people and charities are not being stung by a huge unexpected legal bill that they cannot afford.

“Now the rules cannot be used in a way that allows unfair last-minute changes to costs that deter people from bringing environmental cases.”

The judgement also means that claimants will no longer have to expose their private financial details in open court when applying for judicial review, as these hearings will now take place in private. The Ministry of Justice will need to make changes to the rules as soon as possible to achieve this.

There will be another hearing in which the Parties discuss how this important clarification will be reflected in law.

In further developments, the House of Lords voted for a regret motion laid by Lord Marks QC on Wednesday Sept 13, challenging the rules and their effect on access to justice and democratic accountability. In the debate Lord Pannick QC said: “It is essential in these cases that a person considering starting proceedings knows at the outset the maximum liability they will incur. We need to see action from the Lord Chancellor and Secretary of State for Justice if public confidence in the justice system is not to be further undermined. The government must reduce the uncertainty over costs and the chilling effect the new rules have on legal action to protect our environment.

The Motion to Regret, moved by Lord Marks of Henley-on-Thames read:

That this House regrets that the Civil Procedure (Amendment) Rules 2017 have been laid with insufficient regard to the overwhelmingly negative response to the proposed Rules during the consultation and to the lack of evidence that significant numbers of unmeritorious environmental claims are currently brought; that they may escalate claimants’ legal costs and act against the intention of the Aarhus Convention that the cost of environmental litigation should not be prohibitive; and that they are likely to have the effect of deterring claimants from bringing meritorious environmental case.

Lord Marks of Henley-on-Thames said: "My Lords, this regret Motion raises three important matters of principle: first, the accountability of government and ?the rule of law; secondly, access to justice for the public and cost protection in environmental cases; and, thirdly, compliance by the United Kingdom with its international obligations.

"Environmental cases are frequently brought by individual citizens and concerned organisations to challenge the executive action of government, national or local, which threatens the environment in which we all live and on which we all depend. Where government acts unlawfully, judicial review exists to enable such claimants to hold government to account. These cases are often complex and expensive. As a party to the Aarhus convention, entered into in 1998 under the auspices of the United Nations Economic Commission for Europe and ratified by the United Kingdom in 2005, enshrined in EU law, this country committed to guarantee in environmental cases to provide,

“Adequate and effective remedies, including injunctive relief as appropriate, and be fair, equitable, timely and not prohibitively expensive.”

To read what all the lords said - Click Here