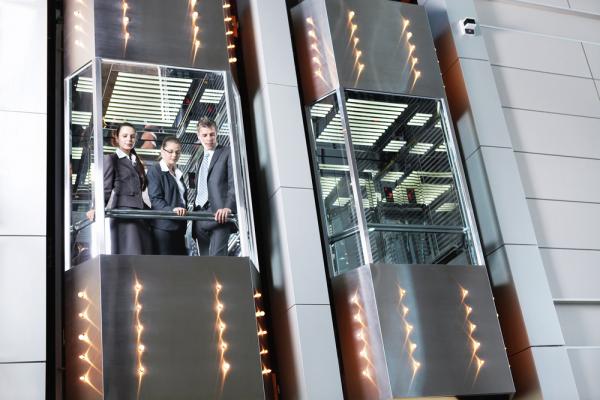 The findings show that lifts are burning up to 36% more energy than predicted by manufacturers.

Major companies are now initiating use the stairs promotion and incentivisation schemes to boost wellness and cut emissions.
New flexible working patterns, ‘break-out’ spaces and a boom in hot-desking and internal meetings are causing much of the problem by creating many more inter-floor lift journeys in modern office buildings.

With commercial buildings accounting for 50% of UK electricity use in the UK and lifts making up 8% of office buildings’ energy use, the excess energy cost and associated carbon emission, are potentially ‘enormous’, the research suggests. Productivity is also being hit with employees spending up to 15 minutes a day waiting for lifts in many multi-storey office buildings - and getting very angry about it.

The findings echo those of a recent government funded study which found buildings were falling short of energy performance expectations, routinely causing 3.5 times the carbon emissions they should.

The new study – Smarter Buildings: Real-world energy use of lifts/elevators in contemporary office buildings – compared on-site measurements of lift/elevator energy consumption with predictions from international standards. Other findings from the study found that:

The research does not suggest deliberate manipulation of data by lift/elevator manufacturers. Instead the problem appears to sit with international standards which use ‘ideal’ rather than ‘real-world’ lift/elevator traffic scenarios to estimate total energy use. Nevertheless, the new study also shows how diverting people away from lifts through stair promotion schemes can significantly reduce lift/elevator energy costs while simultaneously creating productivity savings and boosting workplace health.

“Modern businesses demand much more in the way of teamwork and flexible working to succeed and this has had a major impact on office lift system and the result is that many millions of working hours are being wasted each year,” explained Paul Nuki, CEO, StepJockey. “By promoting stair use companies can improve productivity, cut their carbon footprint and boost workplace health.”

Picture: Waiting times and energy costs are significantly increased by modern work practices such as hot-desking

Brett Clark of AV specialists, Electrosonic, looks at the benefits of leasing audio visual technology solutions. In recent years there has been an increase in...