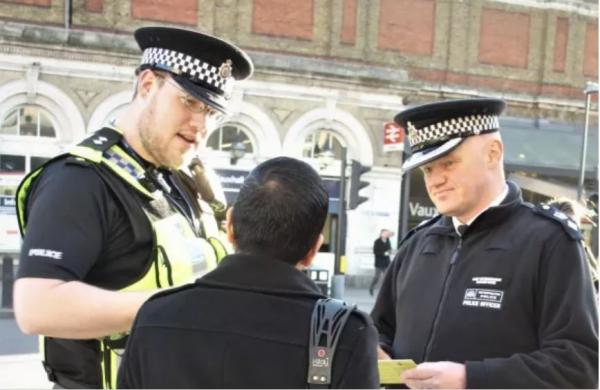 Teams of specialist police officers will be deployed to disrupt potential terrorist activity and crime in the London boroughs of Wandsworth and Lambeth, as part of a tactic which was launched on Monday November 28.

The tactic, known as Project Servator, is not in response to a specific threat and will be rolled out in London's other boroughs in coming months.

The approach uses both highly visible and covert police officers in busy areas and is based on extensive research into the psychology of criminals and what undermines their activities. Uniformed police patrols will be joined by plain clothes officers who have been trained to spot tell-tale signs that a person may be carrying out hostile reconnaissance or engaging in other criminal activity. They will sometimes be supported by specialist teams including the Dogs Unit, Territorial Support Group and the Marine Police Unit, helping create a difficult environment for terrorists and criminals to operate in.

See it, report it

Part of the officers' job will be to encourage people living in, working in or visiting the boroughs to be extra eyes and ears, reporting any suspicious behaviour.

Project Servator was developed, tested and refined over a five year period by experts at the Centre for Protection of National Infrastructure and is already used by a number of forces including City of London Police and British Transport Police to disrupt those planning to carry out crimes from shoplifting to terrorist attack planning.

Borough commander for Wandsworth, Chief Superintendent Richard Smith, said: "Wandsworth has some of the busiest transport hubs in the country and tens of thousands of commuters passing through daily. Defeating terrorism and criminality is a joint effort and that's why I am asking everyone who lives in or visits Wandsworth to get involved in keeping our borough safe."

Borough Commander for Lambeth, Chief Superintendent Richard Wood, said: "Lambeth is home to many diverse communities, iconic sites and busy town centres. The launch of Project Servator in Lambeth will help ensure that we continue to protect those communities and locations from terrorism and other crime."

Deputy Mayor for Policing and Crime, Sophie Linden, said: "It is good to see the Met rolling out Project Servator to help deter and detect crime in our city's busiest areas. This tactic was endorsed by Lord Harris in his review of London's preparedness for a terror attack."

A training exercise to test the response of police and partners to a terrorist attack was held in Canary Wharf on Monday 28 November night. The exercise started at 11:00pm and finished at 5 o'clock on Tuesday morning.

This was just one of many exercises held regularly across the country and not in response to any specific threat. Local businesses were briefed but the exercise was kept as hush-hush as possible. Additional officers and stewards were out and about on the night to reassure any concerned members of the public - some elements of the exercise were realistic and noisy.

The exercise itself was not visible as it take place in a contained area of the shopping centre but the public were able to see extra police teams entering the area during the night and hear noise from firearms being used during the course of the exercise.

A 15 year old boy from east London appeared at Westminster Magistrates' Court on Monday 28 charged with encouraging the commission, preparation or instigation of acts of terrorism contrary to the Terrorism Act 2006. The teenager appeared on bail and was further bailed to appear at the same court in April.

An upcoming Security Briefing will cover the success of Project Servator and explore the partnership between the Police and the private security sector. Project...