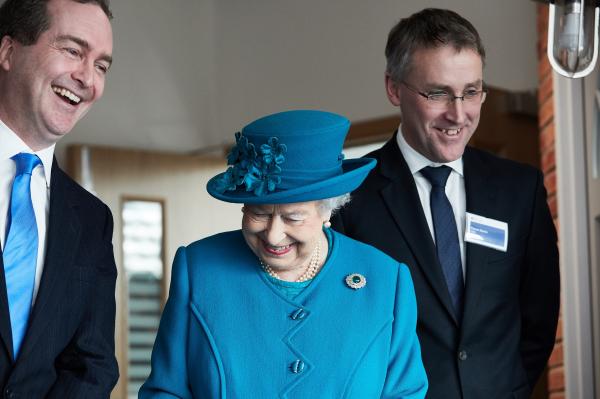 The Director of GCHQ (Government Communications Headquarters) told HM the Queen "the National Cyber Security Centre (NCSC) will aim to make the United Kingdom the safest place to live and do business online' at its official opening this week ending Feb 16.

Robert Hannigan also said the NCSC represents a new chapter in nearly 100 years of GCHQ’s service to the country.

Hannigan continued in his speech: "During the War, King George VI, who was a regular reader of Bletchley's intelligence reports, was told that our mathematicians and engineers were building Colossus, the world’s first digital computer. This was to have consequences well beyond the vital job of codebreaking for which it was invented. Colossus ushered in the era of digital information and computing power. As a result, during the 65 years of your reign, Ma’am, there has been a new Machine Age, every bit as significant as the Industrial Revolution.

"But all this progress depends on an infrastructure which is safe and secure against attack by those who wish to abuse this great invention.

"In creating a National Cyber Security Centre...I have confidence that the brilliance, technical innovation, and whole-hearted commitment of Bletchley Park, endure today in the men and women of GCHQ, MI5 and the Government, industry and international partners who are joined together in this great enterprise."

Picture: HM the Queen with GCHQ Director Robert Hannigan and CEO of the NCSC, Ciaran Martin