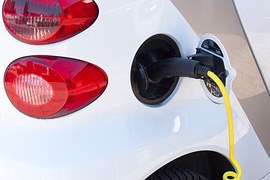 A record number of new ultra low emissions vehicles are appearing on Britain's roads according to figures published by the Department of Transport.

Department for Transport figures show 9,657 ULEVs were registered in the UK in the last quarter (April to June), an increase of 49% on the same period last year and 253% on 2 years before.

Sales have soared following the extension of the plug-in car and van grant scheme, allowing more than 100,000 additional drivers to benefit until at least 2018.

In addition to the grant extension, the government is spending £600 million in this parliament to support the rise in ULEVs to achieve its aim for almost all cars and vans to be zero-emission by 2050.

The government is committed to tackling climate change and the move to electric vehicles will help the UK cut emissions by 80% by 2050.

Roads Minister John Hayes said: “I am pleased to see more drivers than ever are choosing electric vehicles.”

As awareness of the benefits grows, even more motorists will buy these cleaner, greener vehicles, which are cheaper to run.

These statistics show our investment is making a real difference in encouraging people to choose electric and help protect the environment.

Electric vehicles have clear advantages, including low running costs and free parking in many locations, which is why it is no surprise they are becoming increasingly popular.

The figures also show the total number of vehicles registered in the quarter was 805,000, a 2% increase on the same quarter last year and are now above 800,000 for the first time since 2003, showing the boost the UK car industry gives the economy.

The government is investing £15 billion on England’s roads – the largest investment in a generation – to improve capacity on our network and help the increasing number of drivers have better journeys with less congestion.

Go Ultra Low exists to help motorists understand the benefits, cost savings and capabilities of the raft of electric vehicles on the market. The collaborative campaign is the first of its kind, bringing together a consortium of vehicle manufacturers, government and the Society of Motor Manufacturers and Traders.

Picture: As ULEVs become more popular so does the variety of choice