Welcome News as Go Ahead for 200 Projects Announced 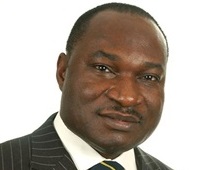 The Association for Consultancy and Engineering (ACE) has expressed its satisfaction with Prime Minister David Cameron and Chancellor George Cameron on the start in 2014/15 of over 200 infrastructure projects, worth a total of £36billion.

Nelson Ogunshakin (pictured), industry chair of the National Infrastructure Plan Strategic Engagement Forum (NIPSEF) and chief executive of ACE, stated: “This fantastic emphasis is testament to the positive collaborative approach government and industries involved in the delivery of infrastructure, such as construction, have engaged in through NIPSEF over the past two years to ensure projects listed in the National Infrastructure Plan come to fruition.”

The NIPSEF has been arguing for some time that government should be putting forward a more overtly positive message on infrastructure and its benefits to the UK. ACE believes that the government announcement will see the creation of 150,000 construction jobs through these projects, workforces expanded and upskilled and that prosperity will be increased.

“The challenge now is to continue this engagement to further refine the NIP and ensure the document remains the guide and prospectus the industry needs to deliver the infrastructure the UK needs to succeed in the 21st century,” argued Ogunshakin.