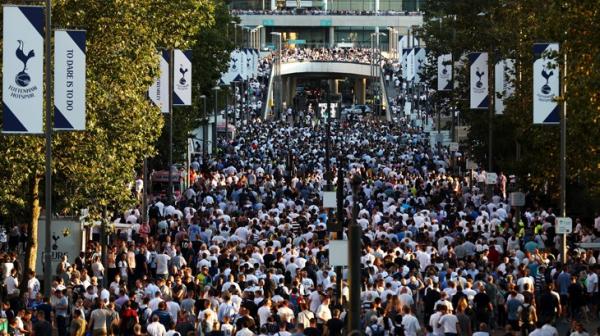 After things went hugely pear-shaped at the Oval from a security perspective, major football grounds have revealed the extent of their Counter Terror (CT) training.

With the new football season underway, CT Policing has been working with the Premier League, English Football League and the FA to help improve stadium security.

Two CT Awareness workshops, specially adapted to take into account the current threats to the sports stadia sector, have been held at Wembley and Old Trafford and were attended by club officials from across the country.

The two leagues have also undertaken to circulate security advice to all clubs for use on their websites and social media channels.

Superintendent Dave Roney, Deputy National Coordinator for Protect and Prepare, says:  “While there is no specific intelligence of an increased threat to football grounds in the UK, we have seen that terrorists are prepared to carry out attacks on this type of target.

"We have been pleased with the response from the football authorities in attending our events and making renewed efforts to do all they can to keep supporters safe.

"The workshops provided clubs with the opportunity to share best practice and gave police colleagues an insight into matchday activities.

The key advice CT Policing is asking clubs to share with their supporters is:

To find out more, visit gov.uk/ACT or follow @TerrorismPolice 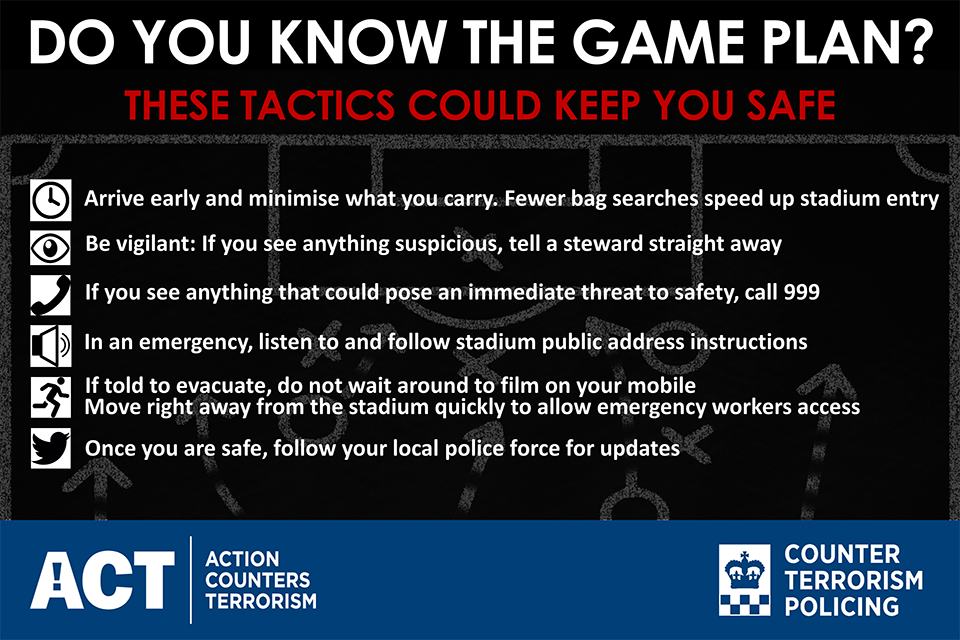 How has the Premier League Managed Behind Closed Doors Football Safely?

After a 100 day gap, the Premier League officially resumed on 17 June 2020, after working with clubs to ensure risks are assessed and minimised. The remaining games...