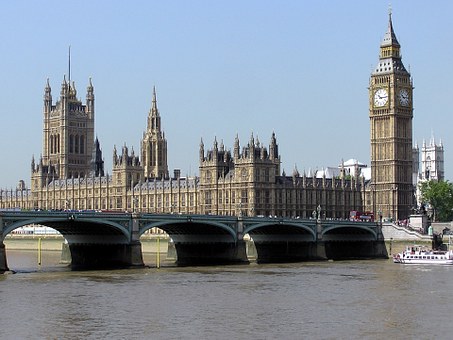 Following the tragic incident on Westminster Bridge and at the Palace of Westminster on March 22, the National Counter Terrorism Security Office (NaCTSO) has issued advice to businesses.

NaCTSO is aiming for the police security stance and the private sector are joined up. To ensure this the organisation is recommending businesses consider some protective security tactics to, whilst remembering that the threat the UK level remains at ‘Severe’.

A spokesperson said: "The attack incorporated multiple methodologies and as such no one security element will wholly mitigate such attacks. We understand that people responsible for building security have differing priorities, some being responsible for large iconic sites and others for small businesses, but the message remains the same - effective security and effective communities defeat terrorism.

See notes on Project Griffin and Project Argus below.

The spokesperson continued: "Staff should be encouraged to proactively challenge visitors, vehicles, and anything out of place.

"It is important that you review your security plans. You should also review your building and business continuity plans in the light of this attack. First aid points should be checked to make sure they are fully stocked and the location of key equipment is made clear to all staff."

NaCTSO also recommends that staff look at the Citizen Aid App and refresh themselves on Run, Hide, Tell advice.

The number of casualties treated by the public highlights the importance of understanding first aid.

Project Griffin was devised by the City of London Police in 2004. In 2011 it was identified as national best practice and has since been adopted throughout the United Kingdom and internationally in countries such as America, Australia, South Africa and Canada.

Contact your local police force to find out where both Griffin and Argus training courses are being held. Normally they are free of charge.

The initiative helps to protect our cities and communities from the threat of terrorism. It brings together and coordinates the resources of the police, emergency services, local authorities, business and the private sector security industry.

For example the City of London Police hold courses free monthly at a venue within the City of London between 0930hrs – 1330hrs. Project Griffin provides an overview of the following areas to give organisations an awareness of the threat from terrorism: Current threat level; Prevent strategies; Hostile reconnaissance; and Methods of attack.

The next Projects Griffin dates are:

To book your place, email ProjectGriffin@cityoflondon.police.uk

A new Griffin initiative is Project Griffin - Industry Self Delivery. Companies wishing to deliver Project Griffin to their employees are invited to apply to register with NaCTSO who will register approved companies and provide them with the Project Griffin package relevant to their sector, plus regular future updates.

Project Argus is delivered by Counter Terrorism Security Advisers (CTSAs) throughout the UK. This three hour multimedia simulation poses questions and dilemmas for participants working in syndicates and aims to raise awareness of the threat from terrorism, providing practical advice on preventing, handling and recovering from an attack.

It is ideal for managers in areas such as facilities, security, reception and those responsible for creating and maintaining response plans.

Picture: After Westminster, the authorities are encouraging extra vigilance and appropriate training