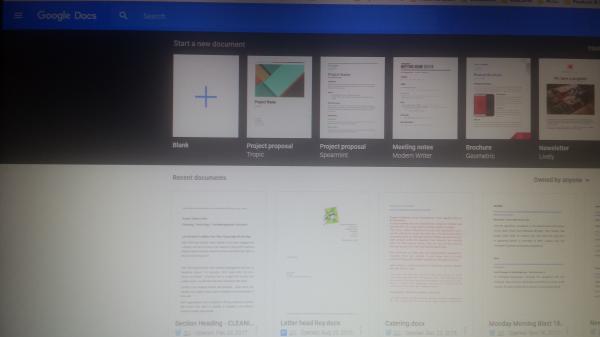 A Google spokesperson has told ThisWeekinFM: “We realise people are concerned about their Google accounts and we're now able to give a fuller explanation after further investigation.

"We have taken action to protect users against an email spam campaign impersonating Google Docs, which affected fewer than 0.1% of Gmail users.

"We protected users from this attack through a combination of automatic and manual actions, including removing the fake pages and applications and pushing updates through Safe Browsing, Gmail, and other anti-abuse systems.

A phishing scam email had reached over a million Google Docs users - it contained a linked that would have allowed those behind the scam to hack into email accounts. Google said it acted incredibly quickly - within an hour of first becoming aware of the problem. However, the reaction indicates just how authentic looking the scam was.

Our spokesperson continued: "We were able to stop the campaign within approximately one hour. While contact information was accessed and used by the campaign, our investigations show that no other data was exposed. There’s no further action users need to take regarding this event; users who want to review third party apps connected to their account can visit Google Security Checkup.”

Those who were potentially at risk had been send a 'shared document' and asked to edit it (one of the popular Google Doc functions is the ability to collaborate and edit shared documents). The document was actually hosted on a real Google Docs page but had been placed there by a phoney which asked for access to email account data (which would then lead to the victim's contacts being emailed with the same scam). The sophistication of the scam involved the data being automatically collected via an app once permission had been given by the victim.

Picture: A phishing scam email reached over a million Google Docs users - it contained a linked that would have allowed those behind the scam to hack into email accounts