When a Check can Stop a Wreck 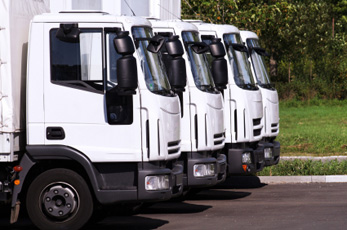 The Freight Transport Association has launched two new audits aimed at radically changing the approach to raising standards of roadworthiness within vehicle fleets.

Regular, unbiased auditing of systems and their implementation can provide reassurance that an organisation is complying with its legal and moral obligations as well as bing used to assess the performance of maintenance providers and pinpoint areas for improvement; hence the introduction of these audits by FTA.

The Audit of Vehicle Maintenance Records (AVMR) is a local records audit that follows the maintenance records from planning to defect rectification.  AVMR maps to 34 recommendations in the Guide to Maintaining Roadworthiness where day-to-day implementation is necessary. To reflect the size of the fleet, there are two AVMR options – large (more than five vehicles) and small (up to and including five vehicles).

Operators can take both audits if they want to look at systems and monitor their implementation. If so, an operator would typically decide to take an ASMR every three to five years and an AVMR every six to 12 months.

“These new audits will help members to approach roadworthiness compliance from the top-down,” stated Sally Thornley, Director of Standards, Audit and Accreditation, FTA. “The systems audit will highlight gaps in management systems using the Plan, Do, Check, Act method as well as looking at how the organisation would evidence its systems in the event of being involved in an incident. The records audit will help members to check that the systems they expect to be in place are being implemented operationally and by their maintenance providers.”