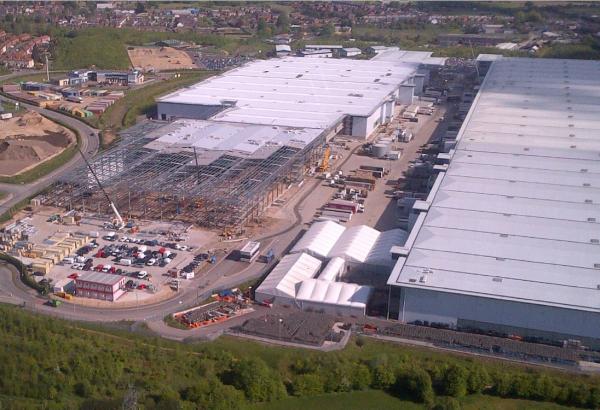 Sports Direct owner Mike Ashley, who clearly has a touch of the 'if you don't ask questions, then brother I'm your man' about him, provided a mixture of surprise at revelations about his business’s workplace conditions with a humble appraisal of his own qualities of management when he appeared in Westminster.

The evidence that was submitted to the committee of cross party MPs came from Ashley, Unite trade union representatives and the two agencies – The Best Connection and Transline – that Sports Direct uses for the majority of the workforce at the Derbyshire warehouse and across the country in its 700 retail outlets.

Over 3,000 agency staff are employed at the massive warehouse while there are only 200 directly employed by Sports Direct with different working contracts. In total, Sports Direct has 27,000 working nationally although it appeared that there was a massive reliance on agency staff.

In giving their views on the situation, Unite was clear that Ashley was running a business that bore parallels with the Victorian age of aggressive mill owners bullying their employees with a policy of unpleasant conditions and summary dismissals even if they were ill.

“In the warehouse there is a culture of fear,” said Luke Primarolo, Unite, describing the warehouse conditions at Shirebrook. “People are scared because they are working under a system where they know they could lose their employment at any moment.”

The six-strike rule was explained where workers could be dismissed if they were perceived to have failed in their duties, including staying too long in the toilet or talking too much. It had created an atmosphere where workers were so afraid of being sacked that they often turned up to work while sick and in one case where a woman gave birth in the toilet.

In its submission to the Parliamentary Committee Unite was keen to emphasise that it was not alone in portraying a picture of squalid working conditions and management harassment. ‘Mike Ashley’s Sports Direct has achieved a rare thing in uniting the Institute of Directors, Unite and major investors like Crispin Odey in their condemnation of the retailer’s employment practices and corporate governance.’

The level of concern was made clear by a representative of one investor. "Mr Ashley frequently suggested at the hearing today that he has no oversight or knowledge of large parts of the company's business; this is extremely concerning for investors,” declared Piers Hillier, Chief Investment Office, Royal London Asset Management. "It is critical that these issues are addressed and the likelihood of this being achieved will be greatly increased by strengthening independent oversight on the board."

Where it All Comes from is a Mystery

Having described the committee before as being a 'joke', Ashley was at times contrite in his admissions that all was not well within his empire.

He blamed success as a factor in that his business had grown so quickly he had not been able to keep up with how it had developed and said that his own internal investigation had thrown up an 'unpleasant surprise'. (Unite had stated in its submission it had contacted Ashley to offer help in the internal investigation but had not received any response.) “I can accept the criticism of some of the things that you've said to me today would actually lead me to believe that it's definitely outgrown me... that's shocked me what you've said to me today,” he confessed to MPs.

Ashley also agreed that the security checks that staff were forced to go through which had led to them being docked money and putting them below the minimum wage, was inadequate and had been replaced. The admission will not prevent HMRC conducting its own enquiry into this particular matter.

A commitment was made by Ashley to the MPs that he would write to them in 90 days listing the changes that had been made. However, he made clear that the festive season was unlikely to come early in his case. “I'm not Father Christmas, I'm not saying I'll make the world wonderful,” he warned.

Picture: How Sports Direct works  - it's like the changing of the seasons and the tides of the sea - is a bit of a mystery to billionaire owner Mike Ashley