Why is Security So Crucial in Healthcare? 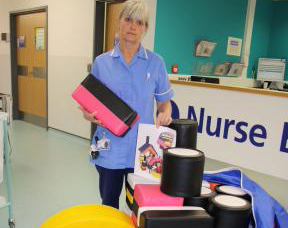 OCS commenced a three-year contract to provide security and car park services to Birmingham Children’s Hospital on 1st November 2013. It will run for three years with an extension option. The company will provide a presence in and around the hospital with car park management forming a large part of the role. But this sparks a question -

Why is security so crucial in healthcare?

Beds, baths, and even an X-ray machine are among equipment stolen from hospitals across Wales a recent report has revealed. Seven health boards were asked for a list of stolen property during the last five years under a Freedom of Information request by BBC Wales and it turned out that everything from wheel chairs to an X-ray machine had gone missing. The biggest theft was of cable – about £78,000 worth of it.

And high ticket items being stolen is not just a Welsh thing – hospitals throughout the UK are experiencing such losses. High value, specialist technology is being stolen to order by organised gangs – with hospital workers organising inside jobs. There is a large and legitimate market for second-hand hospital equipment but rogues can take advantage and ship items to Eastern Europe, Africa and war torn regions in the Middle East.

On Monday November 11 (as reported by The Falmouth Packet) a Liquorice Allsort themed piece of play equipment has disappeared from the Royal Cornwall Hospital. It had only been added in mid-October.

The report read: Emergency Department staff at the Royal Cornwall Hospital in Truro are appealing for the return of a Liquorice Allsort shaped piece of their play house that has gone missing. The piece, which is part of a large soft play house bought following fundraising efforts by staff in the department, is shaped like a large, round liquorice. (Rumours that a Bassetts Hound has been called in to help with the search have been dismissed.)

Police in Portsmouth have issued the CCTV image above of a man they want to question in connection with theft/attempted theft at Queen Alexandra Hospital. A black plastic bag he was seen carrying was found containing a coin mechanism from a vending machine. A notorious gang operate out of Portsmouth stealing from vending and gaming machines all over the country.

A report from the Express & Star (Staffordshire and the Black Country) from May said that thefts, burglaries and attacks with weapons are among scores of crimes taking place in hospitals. 96 offences took place, with 41 at Dudley’s Russells Hall Hospital – more than at any other hospital in the region.

In one month alone there were a total of five anti-social behaviour incidents, two burglaries, one theft and a single violent crime.

According to MSN Money hospitals are being targeted by identity thieves with personal information often being used to obtain medical care and benefits.

Just one month ago a Sunderland woman appeared in court to deny taking money from a patient’s handbag. A trial will take place on December 20.

A team of security staff will be transferred under TUPE from the outgoing contractor to OCS to work alongside the OCS security management team, the mobile supervision team and an additional OCS security officer.

The contract procurement process was managed by HealthTrust Europe, a group purchasing organisation used by various hospital trusts. Under the same framework, OCS was awarded the security contract for Sandwell PCT last year.

OCS also recently won a five-year cleaning contract with Yorkshire Building Society covering more than 200 branches and offices, including the principal office, Yorkshire House, in Bradford. A team of almost 300 OCS staff will be responsible for all cleaning, periodic cleaning and window cleaning services.