Why is Vending a Cause that is Pending? 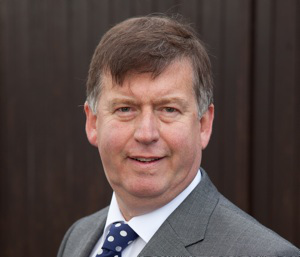 The Automatic Vending Association Business Day 2014 was a series of seminars that explored the future of the sector.

One strong theme that emerged was that there was a need to implement cashless systems or risk excluding 54% of consumers. That was the forecast for the future of cash and payments in vending following a series of seminars hosted at the Automatic Vending Association’s Business Day in Manchester recently.

Leading the debate were some of the UK’s most influential industry figures, including Adam Lawrence, CEO of the Royal Mint, David Hensley, Head of cash services at the Payments Council, Paul Theobald, MD of Crane Payment Innovations, Nick Mackie, VP – Head of Contactless at Visa Europe, Richard Koch, Head of the Card Payments Policy Unit at the UK Cards Association, and Alison Martinez, Client Director at Vianet.

Hensley reported that cash payments are still dominating, with 52% of all payments in the UK in 2013 made this way. However, with “23 per cent fewer coins issued by the CDWP since 2008”, non-cash payments are expected to overtake cash by 2015, while the value of cash payments is predicted to fall by £9 billion (4%).

Meanwhile Paul Theobald advised that, while the use of cash in the UK is declining, the public is not yet ready to become cashless, and to ensure the industry continued to flourish, businesses should look towards pairing cash payments with innovative cashless payment options.

Theobald reminded attendees that while the UK marketplace is still very reliant on cashless transactions for values over £20, for amounts less than this, cash remains the preferred method of payment, particularly for those using vending machines and unattended payment systems.

Looking ahead, Nick Mackie, Visa Europe, predicted that by 2020, 50% of transaction volume will come from ‘contactless’ payment systems, and is “almost certain that contactless will overtake chip and pin”, signifying an unstoppable momentum in the UK. Heavily driven by transport, particularly the impending introduction of cashless payment on Transport for London buses, the behavioural shift currently underway is at a level never seen before. Mackie believes that the focus for vending needs to be about building better consumer experiences, and that “together, we can augment the current user experience”.

A survey of 4,000 Britons revealed that the ‘ability to pay’ was their main concern with vending, according to Alison Martinez. With figures showing that £46.7 billion was spent on cards in April alone, and of that, £109.2 million was contactless, the vending industry must respond and adapt to this increasing consumer demand, or risk “excluding 54% of consumers” who never carry cash. Conversely, Adam Lawrence reported a significant increase in the use of higher value coins, which contrasts with other industry research reported during the conference.

While the debate turned to the introduction of the new £1 coin in 2017, Alison Martinez stated that now was the perfect opportunity to implement new technologies, such as contactless, in order to meet consumer demand. Quite simply, Martinez asked “What is the risk of not changing?”

Overall, the short term outlook pointed heavily towards demand for new, industry-wide contactless and cashless payment systems. While in the long-term, the growth of Smartphone and mobile payment apps is likely to gain momentum. In the short term, using technology to open up more payment options for the consumer will not only increase sales, it will also improve customer convenience and experience.

Summoning up the event, Jonathan Hilder AVA CEO, Jonathan Hilder, stated: “This high profile debate at our Business Day revealed some interesting opinions on the future of cash in vending, but what was universally accepted was that, as an industry, we must continue to innovate in light of emerging trends and technologies.”

Pictured: Jonathan Hilder, AVA CEO – “we must continue to innovate in light of emerging trends and technologies”