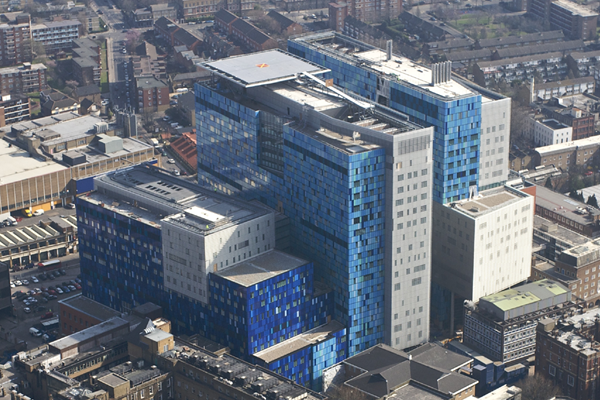 According to a new report from AMA Research, the market for door and window fabricators increased by around 3% in 2015, following good growth of 5% in the previous year.

General trends in the construction new build and renovation sectors influence the sector and while residential applications are important, the commercial market is a major sector with offices, retail, healthcare and education all key markets.

Doors and windows play a key role in site management strategies, reflecting a mix of important issues on energy efficiency, security, maintenance, appearance etc. New regulations on thermal performance have driven an improvement to higher specifications with older windows a major problem in some properties.

Most application areas have seen changes in demand for glazing products.

While new build dominates the retail, offices and health sectors, for example, replacement of windows is much more important in the education sector.

Commercial windows and curtain walling have a total share of over 20% of the market and have enjoyed good growth on the back of a recovery in the office construction sector. Within the commercial sector, growth in 2014/15 has been mainly driven by rising demand in the office construction sector and there are signs of growing demand for new Grade A office space in London as well as other cities which is likely to stimulate growth for commercial glazing from 2016 onwards.

Construction output in the education sector has also been strong in 2014/15 which is surprising given the public sector capital budget cutbacks. The education sector is also likely to see growing demand with the introduction of the Priority Schools Building Programme (PSBP) in England as the replacement for BSF which should deliver £2.5 billion worth of new schools to complete by 2017 and the University Technical Colleges programme and similar schemes in Scotland and Wales.

Decline in some areas

However, in healthcare the shift away from building large hospitals towards smaller primary care facilities has meant less demand for curtain wall, roof glazing and windows.

The decline in High Street retailing as well as in retail parks and out-of-town developments is likely to continue as online shopping continues to penetrate the market and the grocery multiple sector is also experiencing a major cutback in store development programmes which will have negative implications for the glazing industry.

In broad terms, the commercial glazing market is estimated to have grown by 5% in 2015 with further growth of 4-5% forecast for 2016. Forecasts are for more moderate but steady, underlying annual growth at 3-4% over 2017-19 and AMA’s report highlights differences between sectors which will have implications for contractors, product and material suppliers in different markets.

Energy efficiency, security and low maintenance will continue to have an impact specifications in the future as FM contractors seek to reduce site management costs while providing a good working environment for occupiers.

Picture: Big projects in the healthcare sector like the massive Barts and London Hospital are less likely in the future according to the latest AMA report

The Integrated Workplace Management System market is expected to grow at a rate of 14.25 per cent from 2020 to 2027. The report from Data Bridge Market Research,...