Wishing for a Washout Weekend? 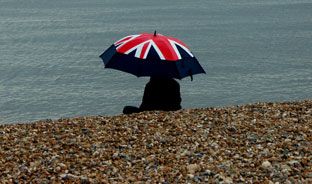 According to research by the Met Office ahead of the second May Bank Holiday weekend, whilst most Brits outwardly rejoice at the prospect of a weekend of sunshine and warm weather (especially ahead of a bank holiday) over half (56%) admit they secretly wish for 'washout' weekends of rain so they have an excuse to stay at home.

The other reasons cited h are:

42% say they have previously used the weather as an excuse for not attending an event. These include:

58% of UK adults have been to an event that was ruined because the weather wasn't planned for. Events include:

The London Ambulance Service has revealed which London boroughs see the highest number of alcohol-related incidents as part of its #NotAnAmbulance campaign which...

Doggies at the Deskside or Bats in the Belfry

OK, Bring Your Dog to Work Day has been and gone but did you experiment with the positivity and productivity such events can bring - or did you wrap the idea in a mini...

We've delved in to the files of one of ThisWeekinFM's new sponsors and discovered they have an Apprenticeship pedigree...starting with MD Andy Donnell and working...

With winter well on its way, the Met Office is urging the UK public to prepare themselves for the winter ahead. The Get Ready for Winter campaign aims to help raise...

Growing interest in Big Data and advances in Cognitive Frameworks, Drones, Actroids (an android with strong human likenesses) and Robotics across many industries have led...