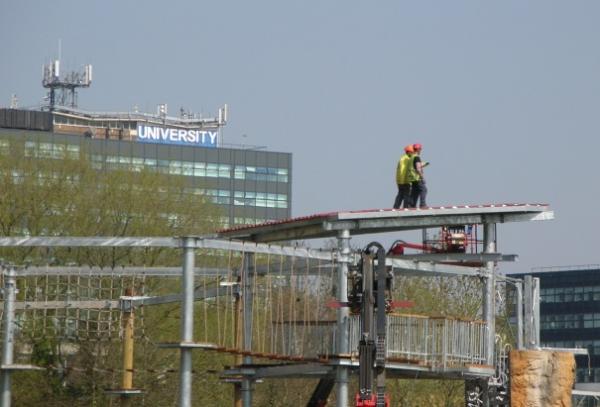 Roofing firms fined after worker fell to his death

On August 22, two roofing companies and one of their directors were fined after a worker fell to his death through a skylight.

Cardiff Crown Court heard how 46 year old Lance Davies, a father of seven, died after falling over seven metres through a roof light at industrial premises in the Crumlin area of South Wales.

An investigation by the Health and Safety Executive into the incident, which occurred on 15 December 2011, found that the work at height on the roof was not properly planned, managed or monitored. There were inadequate control measures in place to prevent a fall through the roof lights.

B&T Roofing Solutions and Kristian Griffiths were ordered to pay costs of £32,500 between them.

“The tragic death of Mr Davies could easily have been avoided had the work been planned, managed and monitored effectively and simple and cost effective control measures put in place.”

On August 18, a Bulgarian construction firm was fined after a member of the public reported unsafe working practices during the construction of an adventure course in Markeaton Park, Derby.

Derby Magistrates’ Court heard how a passing member of the public noticed work at height being carried out from a pallet on the forks of a telehandler at the site in Markeaton Park, where a high ropes adventure course was being constructed by Bulgarian based firm Walltopia.

The member of the public first reported this to the company but despite receiving assurances the matter would be dealt with, unsafe work at height continued. They then reported it to the HSE.

An investigation at the site found work was taking place on a section of roof 11 metres off the ground, without the use of any means to prevent two workers falling from the open edges. In addition, these workers were accessing the roof by climbing from the basket of a cherry picker.

Walltopia of Bulgaria Boulevard, Letnitsa, Bulgaria, was fined £500,000 and ordered to pay costs of £8,013.25 after pleading guilty to breaching the Work at Height Regulations 2005.

After the case, HSE Inspector Lee Greatorex said: “Using a pallet on a telehandler for planned work at height is an unacceptable means of access. It appears that the company failed to put in place control measures after being alerted about this.

“Walltopia failed to follow recognised industry standards during work at height and did not make effective changes to the control of their working methods following the matter being brought to its attention. Work at height should always be sufficiently planned and managed to protect workers from being exposed to extreme risks from falls. In this case someone could have suffered significant injuries or death.”

Picture: Bulgarian firm Walltopia has been fined for taking risks with employees' welfare when working at height 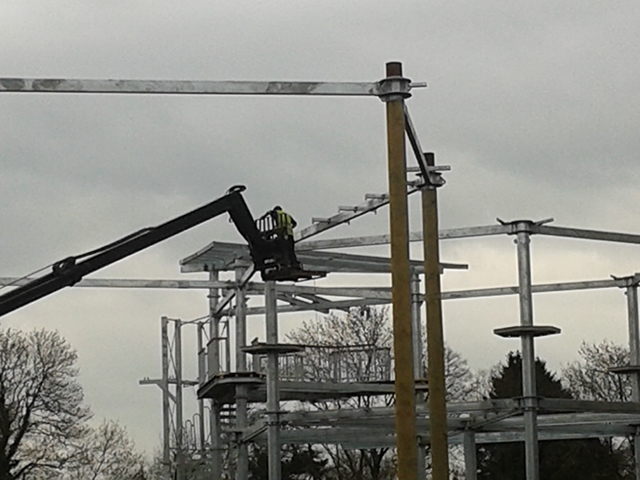