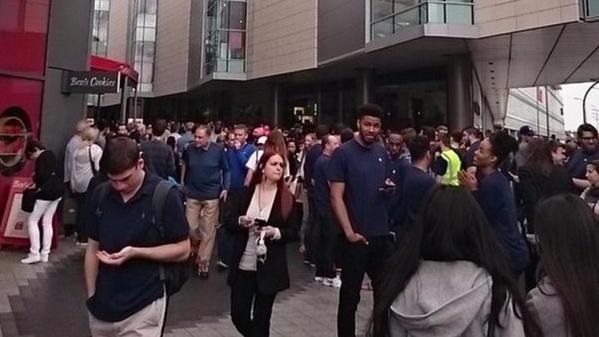 The police and fire brigade have been involved in an evacuation of a number of premises following the discovery of a WW2 shell in London's Shepherd's Bush - including the massive Westfield Shopping Centre that was full of tourists at the time.

Police were called today (Weds 08) just before 11:00am to a building site in Ariel Way, White City, W12, to reports of an unexploded bomb and discovered what is believed to be a WW2 shell approximately 13.5 inches in length and around six inches wide.

A cordon and a wider exclusion zone of 400 meters were implemented as a precaution, whilst awaiting the arrival of specialist officers to assess the ordnance.

A number of premises close to the building site were evacuated as a precaution while the police considered the need to extend the cordon. Local road closures and diversions were put in place and pedestrians and motorists advised to avoid the area.

There were also serious disruptions to public transport - even before today's strikes hit the capital.

Picture: The massive Westfield at London's Shepherd's Bush has been evacuated as a WW2 shell was found on a nearby building site.