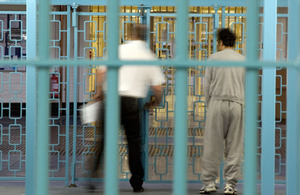 The use of x-ray scanners to deal with the large scale 'import' of drugs into prisons is being seriously considered by the Justice Secretary Chris Grayling.

This comes after the publication last week of a report  – Drugs in Prison – by the respected Centre for Social Justice (CSJ) on what has now been seen as a huge problem of drug use in prisons.

Low dosage X-ray scanners have been identified and specified should the move go ahead. These have been used with success in the USA, are recommended for being introduced to English and Welsh prisons in the CSJ report. The supply to prisoners could be greatly reduced, not only for tracking visitors but also corrupt staff.

Ministry of Justice figures indicate the scale of the problem. The number of drug seizures increased from 3,700 in the year to March 2011 to almost 4,500 in 2013-14. However, fewer than 100 visitors trying to bring drugs into prisons were identified through searches last year, according to the CSJ report.

Using figures accepted by the Justice Department, the report points out:

The report divides the types of drug into:

There are a number of aspects to the drug taking and availability in prisons that the report states have to be tackled as a matter of urgency.

The failure to tackle drug addiction in prison has significant costs undermines prison security through leading to the build up of debt and violence and it makes prisoners less likely to be involved constructively in their rehabilitation. The report makes clear that it ‘significantly contributes towards high reoffending rates. More than two in five prisoners in England and Wales reported committing offences in order to get money to buy drugs.

There is also a financial cost. A 2013 study by the Home Office found heroin and crack cocaine users are responsible for 45% of all acquisitive crime in England and Wales (excluding fraud). This is estimated to cost £4.7 billion every year.

Picture: Prisons are facing a crisis in the availability and taking of drugs in the UK.