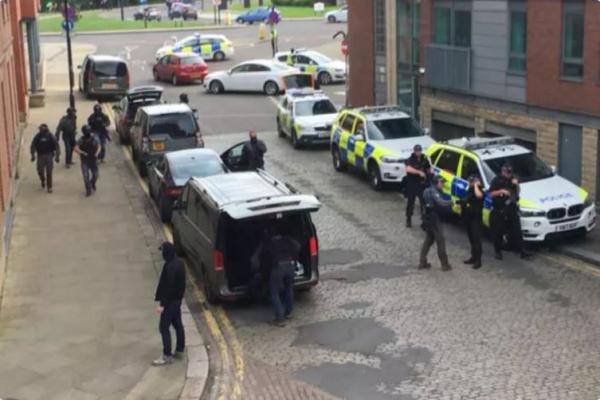 There have been further arrests in the counter terrorism operation related to the Manchester Bombing.

A 23 year old Sheffield man has this morning (Friday June 2) been arrested on suspicion of assisting an offender in connection to an ongoing investigation by the North East Counter Terrorism Unit, supported by West and South Yorkshire Police.

Two men arrested yesterday evening (Thursday June 1) are aged 24 and 29. They were arrested at separate locations in Huddersfield and Sheffield. The properties have now been thoroughly searched.

There are no connections to the recent incident and investigation in Manchester.

A South Yorkshire Police spokesperson said: "The operation is based on recently received intelligence. We understand that people may have concerns as a result of this activity and we are grateful for the patience and understanding of the public while these enquiries are carried out."

Picture: Arrest in Sheffield with thanks to George Torr Twitter