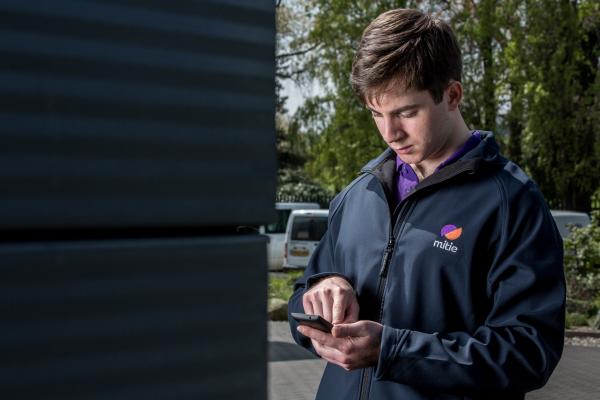 Working with its partner Lone Worker Solutions, Mitie has been awarded a five-year contract to provide a lone worker monitoring and protection service for Northumbrian Water Group.

NWG is the provider of water and wastewater services in north east and south east England. It has approximately 1,500 employees who are classed as lone workers, in roles including meter readers and samplers.

With the use of new technology provided by Mitie, engineers in rural and urban areas can interact with devices and call for assistance if required.

The lone worker sector has developed rapidly over the past 10 years and staff can often be at risk of facing additional hazards in their roles. As a result, NWG and Mitie will provide a system that they believe can protect and assist them in a hazardous situation.

Mitie’s Lone Worker Manager platform allows the client to select the type of protection most applicable to build their own bespoke package. The platform works in conjunction with Mitec, the FM company’s 24-hour technology and innovation centre with what is claimed to be a ‘complete protection and a managed service’ for lone workers, in addition to complying with health and safety management and future auditing.

Mitie is deploying three pieces of technology – a discrete dedicated device, a smartphone app and a satellite device suitable for three different categories of lone workers. The discrete dedicated device means help is available at the touch of a button, while the satellite device is needed for areas where mobile or 4G coverage is poor and the smartphone app removes the need for extra gadgets.

“The feedback we've had from our lone workers is that they find it comforting to know that there is always someone to listen and respond to them when necessary,” stated Diane Somerville, Safety and Environment Consultant Team Leader, NWG.

The security nightmare of an armed intruder on the premises of a retail/shopfront estate struck in Nwcastle on Friday June 9 with a knifeman holding Job Centre employees...

FM provider Mitie has insisted that its contingency plans will counter GMB security scanners who walked out over a pay dispute. The baggage scanning staff walked out...

â€˜The real living wageâ€™ has become a topic of debate in facilities management, but not always for the right reasons. Click Image To Read More

The UK Government is offering businesses Â£350 per unit, for the installation of up to 40 workplace charging points. Click Image To Read More