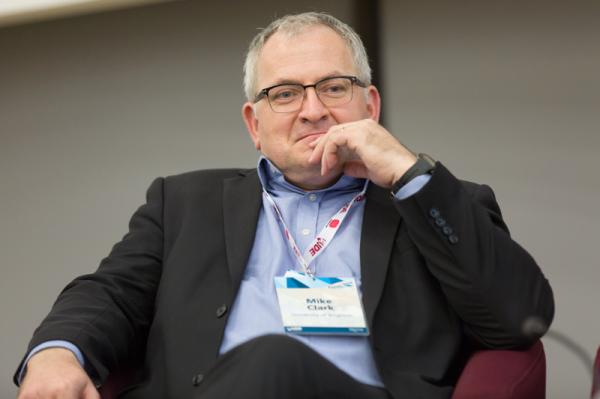 Last month, the Association of University Directors of Estates (AUDE) announced the appointment of Mike Clark as chair with immediate effect.

He took up the chair of AUDE at the 2017 April AGM at the AUDE annual conference and will be in office for one year.

The university is based in Brighton, Eastbourne and Hastings and the community comprises of some 22,000 students and 2,600 staff (full-time equivalent).

Clark is a chartered architect by profession and has previously worked in the public and private sectors, undertaking the design and project management of a variety of building types. These involved the arts, commercial, museums (British Museum) & galleries (The National Gallery) and university sectors.

He said: “This year AUDE celebrates its 25th anniversary. 2017 is set to evoke many challenges in the higher education sector. It is our role to ensure the facilities we are responsible for continue to be world class. Our mandate, to attract and retain the finest students and staff from across the UK and internationally, is more important than ever in increasingly changeable political times.”

The call for entries to the 2017 Chartered Institution of Building Services Engineers (CIBSE) Young Engineers Awards is now underway, with entries to be received by Tuesday 1st August 2017.

The Awards celebrate the industry’s best examples of young engineering talent as well as employers’ strategies for recruiting, nurturing and empowering young people. Entries are being sought for both the CIBSE Employer of the Year and CIBSE ASHRAE Graduate of the Year prizes.

CIBSE Employer of the Year gives organisations the opportunity to demonstrate how they place young engineers at the centre of their business and invest in their career progression. The judges will be looking for evidence of innovative methods that help to engage and motivate young engineers; encouraging them to fulfil their potential for the long-term benefit of themselves, their employers and the industry’s clients.

Angela Reid, Director at TUV SUD Wallace Whittle, who came top in 2016, said “We believe it is essential to invest in our young engineers and proactively assist in their professional development, this allows us to create and retain high quality engineering staff.

“This type of support also builds confidence in our young people and helps then better understand the industry through working closely with senior mentors. It is important that we recognise this to help encourage new talent into the industry and provide attractive career options”

CIBSE ASHRAE Graduate of the Year has long been the most sought-after accolade for young building services engineers, and this year’s winner will enjoy a fully paid for trip to the ASHRAE Winter Meeting in Chicago next January. The second and third placed graduates receive £600 and £300 respectively from the Rumford Club and every other finalist receives £100 from the Manly Charitable Trust.

Any engineer who has graduated in a building services related field, either under or post-graduate, in the past two years is eligible to take part. All shortlisted entrants are invited to give a short five minute presentation to the judging panel and guests at the awards event which is being held at IMechE in London on Thursday 12 October. The judging panel includes the presidents of CIBSE; ASHRAE; and the Institution of Mechanical Engineers (IMechE) along with the current Graduate of the Year Antoni Sapina Grau of WSP Parsons Brinkerhoff.

The awards scheme is sponsored by Andrews Water Heaters, CIBSE Patrons, Kingspan Industrial Insulation and Swegon Air Management. It is supported by the IMechE and organised by the CIBSE ASHRAE Group in conjunction with the CIBSE Young Engineers’ Network (YEN).

To find out more about the competition and how to enter please visit www.cibse.org/yea or contact CIBSE at yea@cibse.org or 020 8772 3639.