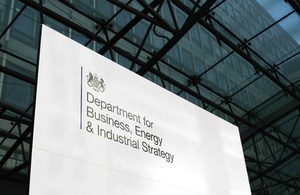 ISS staff working at BEIS have won what their union is now describing as the 'gold standard' in terms and conditions, including the London Living Wage, after three months of strike action.

A statement obtained by ThisWeekinFM from ISS says 'Following resolution and voting by ISS employees on the Department for Business Energy & Industrial Strategy contract in Westminster, security, postroom, reception, porterage and cleaning personnel employed by ISS have accepted significantly enhanced terms and conditions that include both annual leave and sick pay entitlements along with higher pay rates. All employees from these teams returned to work from Monday 21st October.'

PCS members employed ISS at BEIS will now receive the  London Living Wage of £10.55 an hour.

Porters, security, post room, cleaners and receptionist staff had taken rolling strike action in a long running dispute which began with action against the previous contractor Engie in January 2019, and continued when ISS took over the contract in March 2019.

The agreement covers over 10 Government Department/Agency sites nationwide. There is also a commitment to extend the deal to other Government sites covered by the contract in April 2020.

Reacting to the agreements, PCS General Secretary Mark Serwotka said: “This has been a heroic effort by our members. They have shown the entire trade union movement that when you stick together and strike together, anything is possible."