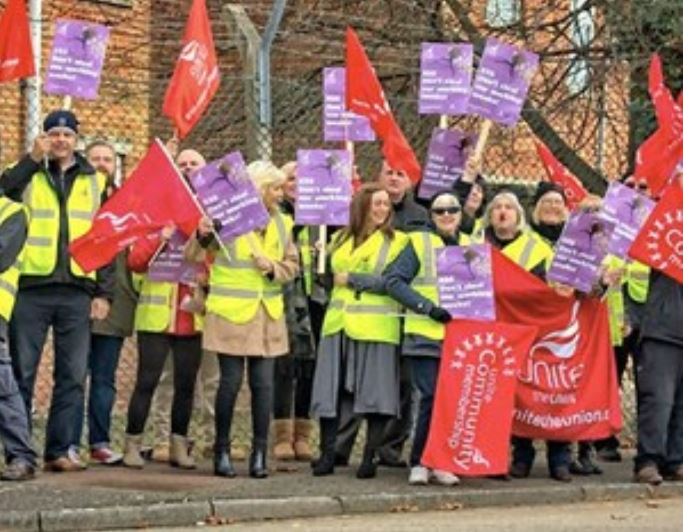 A Compass Group company has agreed to the 'return' of working weeks 'stolen' from employees according to the workers' union Unite. ESS had put their MoD workers on a 50-week year but have now agreed to go back to a full 52-weeks.

According to Unite, in 2017, ESS effectively only paid the workers, who were employed as cleaners, mess hands and housekeepers on Ministry of Defence establishments in the Gosport area including Fort Blockhouse, for 50-weeks. Most of those workers were already being paid the minimum wage.

The workers staged a lengthy campaign involving demonstrations, petitions and leafleting to put pressure on both ESS and the MoD to have the weeks reinstated. Unite then launched a legal case for breach of contract, on behalf of some of those affected. As a result of the legal challenge, it is claimed that ESS accepted their decision to reduce the working weeks of their employees’ was illegal.

The workers have had their working and paid weeks put back to 52-weeks a year and have received compensation which is worth on average £1,900 per worker.

Unite regional organiser Bob Middleton who led the campaign said: “ESS thought they could simply reduce their costs by attacking salaries. The members were not prepared to accept the outrageous exploitation and demonstrated their solidarity by refusing to accept the loss of salary. It is only through their resolve and unity that we have won this battle.

“As well as the financial compensation, this case was very much about the principle of not allowing contractors to get away with daylight robbery."

Picture: ESS MoD workers have been on strike to get a full 52-weeks' pay.