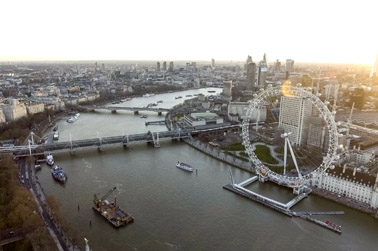 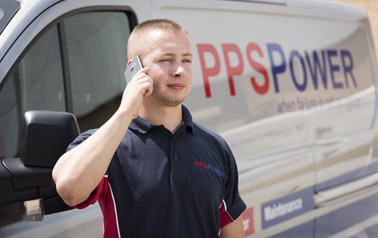 The attraction at the centre of London's New Year's Eve fireworks, the iconic London Eye, will be guaranteed to let people down in 2020 - thanks to a back-up power supply that can be relied upon in an emergency.

The London Eye was formally opened by the Prime Minister Tony Blair on 31 December 1999 but did not open to the paying public until 9 March 2000 because of a capsule clutch problem. Prior to March 9, there were a number of unofficial events -  and a number of unofficial trappings as the 135 metre high big wheel came to a standstill.

The 'Eye', which is now sponsored by Coca-Cola, was only supposed to be in place for five years but now as we move into 2020, regular maintenance means no-one ever gets trapped - the biggest concern is a power cut - but that has been taken into consideration as well.

The London Eye’s technical team entrusts PPSPower with the responsibility for a generator’s major service to ensure there is a back-up power supply ready to act immediately should it be called upon. The team also provides services such as oil replacements when required, optimising performance and maintaining the efficiency of the generator while also maximising its lifespan.

Stephen Peal, Director of PPSPower, said: “The London Eye is a wonderful, popular tourist attraction, used by millions of visitors each year. It is vital that should the worst happen and there be a power outage, that there is a back-up power supply which can be ready to act immediately so that people aren’t left high and dry.

“Our contract involves both the maintenance of the backup power systems to the site and being available for 24/7 call out. We are ready to react immediately should any problems arise - even on New Year's Eve...or Christmas Day.

“A key part is making sure the backup power systems are in immaculate condition, with our expert staff working around the clock to provide a service outside of the London Eye’s operational hours."

Peal continued: “The recent major service was done to strict time scales during the attractions shut down period, with it back ready to be called upon when it became operational again.

"During the last summer when a major National Grid power outage led to thousands of home and businesses affected in London, the world’s largest cantilevered observation wheel kept turning, with its capabilities of working in no doubt thanks to a fully working backup system."

Picture: The London Eye is seen at the centre of London's New Year's Eve fireworks - its generator and UPS backup system is provided and maintained by PPSPower.