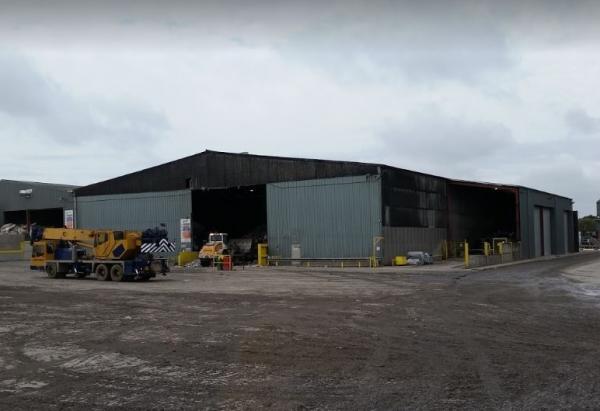 A recycling company has been fined £880,000 and two people have been given suspended prison sentenced after the death of an agency worker who was drawn into machinery while cleaning in the area.

Nottingham Crown Court heard how Karlis Pavasars working at Mid-UK Recycling site near Ancaster lost his life whilst cleaning near a conveyor. The recycling line was started up and the worker was drawn onto the conveyor, along the line through a trommel and into an industrial waste shredder.

An investigation by the Health and Safety Executive into the incident that occurred on 19 July 2013 found that the fixed gate that fenced the area off and prevented access to the conveyor had been removed for a number of weeks prior to the incident, which meant that workers could freely gain access to the area. Management were aware that the gate was not in place just days before the incident.

The investigation also found the company failed to design and provide a recycling line which was safe for those that worked on and around it, including separation on wheeled vehicles and pedestrians. The company also failed to maintain adequate guarding of the line to prevent access to it while it was in operation and failed to train and supervise agency workers.

Mid-UK Recycling pleaded guilty to breaching the Health and Safety at Work Act and was fined £880,000 and ordered to pay costs of £100,000.

Christopher Mountain, MD, pleaded guilty to breaching Section 37 of the Health and Safety at Work Act. He has been given a 20-week prison sentence suspended for two years and fined £50,000.

Alan Munson former Operations Director, pleaded guilty to breaching Section 37 of Health and Safety at Work Act and was given a 20-week prison sentence suspended for two years.

After the hearing HSE inspector Dr Richenda Dixon said: “This horrific fatality could so easily have been avoided by simply installing and maintaining physical guards around conveyors and ensuring that safe working practices were in place. Employers should make sure they properly assess, apply and maintain effective control measures to minimise the risk from dangerous parts of machinery.”

A company undertaking excavation work has been fined for safety breaches, when a worker was burned after striking underground electrical cables.

Chelmsford Magistrates’ Court heard that in February 2016 an employee was excavating the ground at a site on Spare Lease Hill in Loughton, Essex. He struck an electrical cable and was set on fire. He received significant burns to his lower body, causing him to be hospitalised for one month and unable to work for six weeks.

An investigation by the HSE found the company failed to adequately plan, manage and monitor the construction work; failed to obtain drawings from the utility company detailing the position of underground cables, and did not re-scan the affected ground to a sufficient depth while excavation work was ongoing.

Both the injured person and the employee responsible for scanning the ground did not receive training for their tasks, despite this being detailed in the company’s risk assessments and method statements.

Mason Construction pleaded guilty to breaching the Construction (Design and Management) Regulations and was fined £25,000 and ordered to pay costs of £3,979.68.

After the hearing HSE inspector David King said: “The contractor’s injuries were very serious and he could have easily been killed. This injury would have been prevented if the company had planned and implemented safe methods of working, and provided the necessary information and training to its workers.”

Picture: The Mid-UK Recycling site where a man was killed when he was drawn in to a shredder