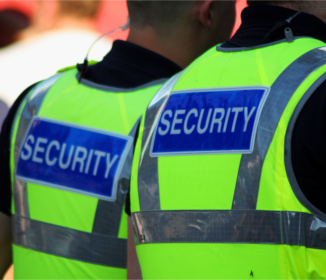 UK security guards have a lower life expectancy than people born in Afghanistan or Iraq says a new study compiled from Office of National Statistics surveys.

The shocking new study shows it is not selfless acts of bravery that kills the guards but chronic heart diseases.

An official estimate completed for GMB by the ONS shows the mean age of death of people working in security professions, people aged 20 and over, is 61.9 years.

By far the biggest cause of death among those in the security professions is ischaemic heart diseases, malignant neoplasm of trachea bronchus and lung and chronic lower respiratory diseases.

Roger Jenkins, GMB National Officer, said: “It is absolutely shocking security professionals here in the UK have a lower life expectancy than people born in Afghanistan. These are the people we rely on, the first on the scene after atrocities like Westminster Bridge or the Manchester Arena.

“Despite the enormous responsibilities they have, there is a misconception in this country that security work is somehow an unskilled profession.

“What our security members need is more support in dealing with the stress, mental health and other related health issues that can often go hand in hand with this kind of work. Security employers need to pledge to work with GMB to tackle this shameful problem.”

The findings will be discussed at the GMB’s 101st annual congress, which takes place in Brighton from June 4-6.

To read the ONS estimates, which were compiled following a request from GMB - Click Here

The Metropolitan Police’s admission of a role in the blacklisting of construction workers is not just a scandal but is a constitutional crisis deserving of a public...