Stop in the Name of Love - Supremes Make Anti-Pollution Ruling 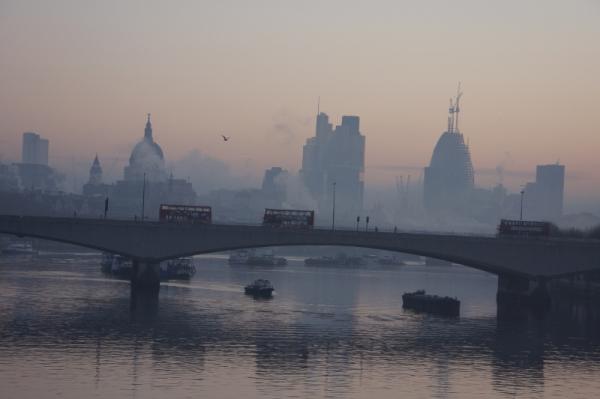 Many readers will be aware that Justices at the UK's highest court - the Supreme Court - have ordered the Government and the Mayor of London to stop pollution before it breaks our hearts and our health. There was no river deep enough or mountain high enough to keep it from you...we have a summary direct from the Justices mouths.

On the application of ClientEarth (the Appellant) v Secretary of State for the Environment, Food and Rural Affairs (the Respondent), Justices Lord Neuberger (President), Lord Mance, Lord Clarke, Lord Sumption and Lord Carnwath found in favour of ClientEarth.

Background to the appeal

The proceedings arose out of the admitted and continuing failure of the United Kingdom since 2010 to secure compliance in certain zones with the limits for nitrogen dioxide levels set by European Union law, under Directive 2008/50/EC. In a judgment of 1 May 2013, the Supreme Court referred certain questions to the Court of Justice of the European Union (CJEU) concerning the interpretation of articles 13, 22 and 23 of the Directive. Article 13 laid down limit values 'for the protection of human health'; in respect of nitrogen dioxide, certain limits 'may not be exceeded' from the relevant date, i.e. 1 January 2010.

Article 22 provided a procedure for a member state to apply to the European Commission to postpone the compliance date for not more than five years in certain circumstances and subject to specified conditions. Article 23 imposed a general duty on member states to prepare air quality plans for areas where the limits were exceeded. By the second paragraph of article 23(1), in cases where 'the attainment deadline (was) already expired', the air quality plans must set out appropriate measures, so that the period for which the member state would be in exceedance of the limits can be kept 'as short as possible'. Where an application was made under article 22, the air quality plan had to include the information listed in Annex XV, section B of the Directive. This included information on 'all air pollution abatement measures' considered, including five specified categories of measures, such as for example (d) measures to limit transport emissions.

Some of the national media are now claiming that diesel vehicles such as busses and taxis will find themselves severely restricted and the value of second-hand diesel cars will plummet as the government and cities around the country clamp down on the 'nasty polluters'.

ClientEarth argued that the UK was required by article 22 to apply for postponement in respect of all zones where compliance with the air quality limits could not be met by the original deadline. The Secretary of State had not applied to postpone the deadline for some of the UK’s noncompliant zones. He had instead produced air quality plans in 2011 under article 23, predicting compliance would not be achieved until 2025. The Secretary of State argued that it was not required to apply for postponement under article 22.

In a judgment of 1 May 2013, The Supreme Court declared the UK to be in breach of article 13, and referred the following questions to the CJEU:

(1) Where in any zone of the UK the state has not achieved conformity with the nitrogen dioxide limit values by the 2010 deadline, is a member state obliged to seek postponement of the deadline in accordance with article 22?

(2) If so, in what circumstances (if any) may a member state be relieved of that obligation?

(3) To what extent (if at all) are the obligations of a member state which has failed to comply with article 13 affected by article 23?

(4) In the event of non-compliance with articles 13 or 22, what remedies must a national court provide?

The CJEU answered these questions in a judgment dated 14 November 2014 which then lead-on to this weeks' case which considered what further orders, if any, should be made by the Supreme Court.

The Supreme Court unanimously ordered that the government must submit new air quality plans to the European Commission no later than 31 December 2015. Lord Carnwath gave judgment with which all members of the Court agreed.

Although there was some jiggery-pokery around whether complying with one clause absolved the government of not complying with another  and whether this was simply a 'technicality' issue of not applying to extend a deadline, the Justices took the view that the answer to the fourth question was the ultimate 'decider' - it is for the national court to take 'any necessary measure' so that the authority establishes the plan required by the Directive in accordance with the conditions laid down.

The Secretary of State’s argument that there was no basis for an order quashing the 2011 plans, nor a mandatory order to replace them, was rejected. The critical breach is of article 13, not of articles 22 or 23. The CJEU judgment leaves no doubt as the seriousness of the breach, which has been continuing for more than five years, nor as to the responsibility on the national court to secure compliance.

Further, during those five years the prospects of early compliance have become worse (2014 projections predicting non-compliance in some zones after 2030). The Secretary of State accepted that a new plan has to be prepared. The new government should be left in no doubt as to the need for immediate action, which is achieved by an order that new plans must be delivered to the Commission not later than 31 December 2015.

Picture with thanks to the London Green Party: Trouble ahead - plans to cut pollution in the UK's cities must be submitted to Europe by the end of this year.