The Planet Mark - Heroes At Homerton And Heroes At Awards 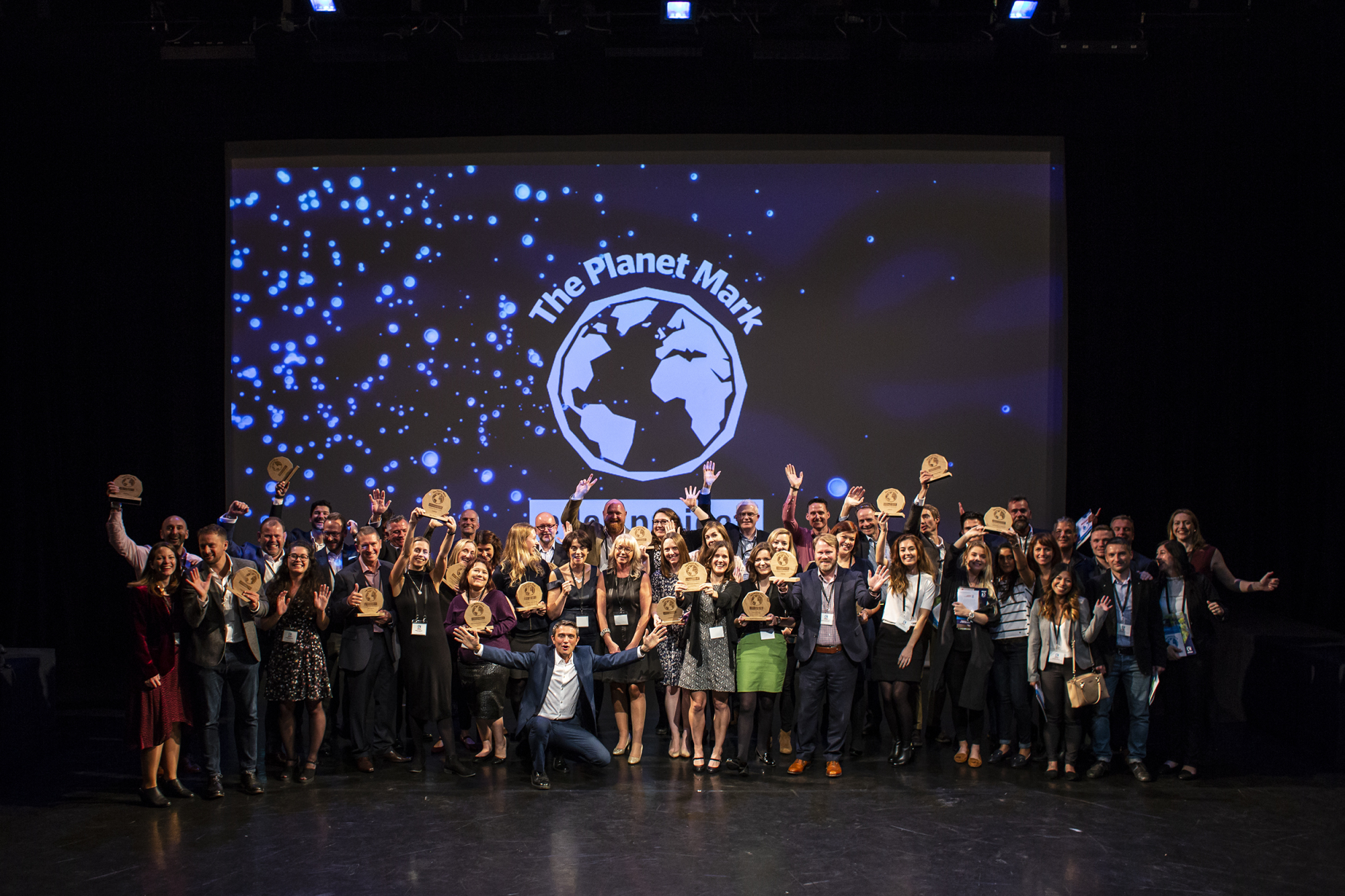 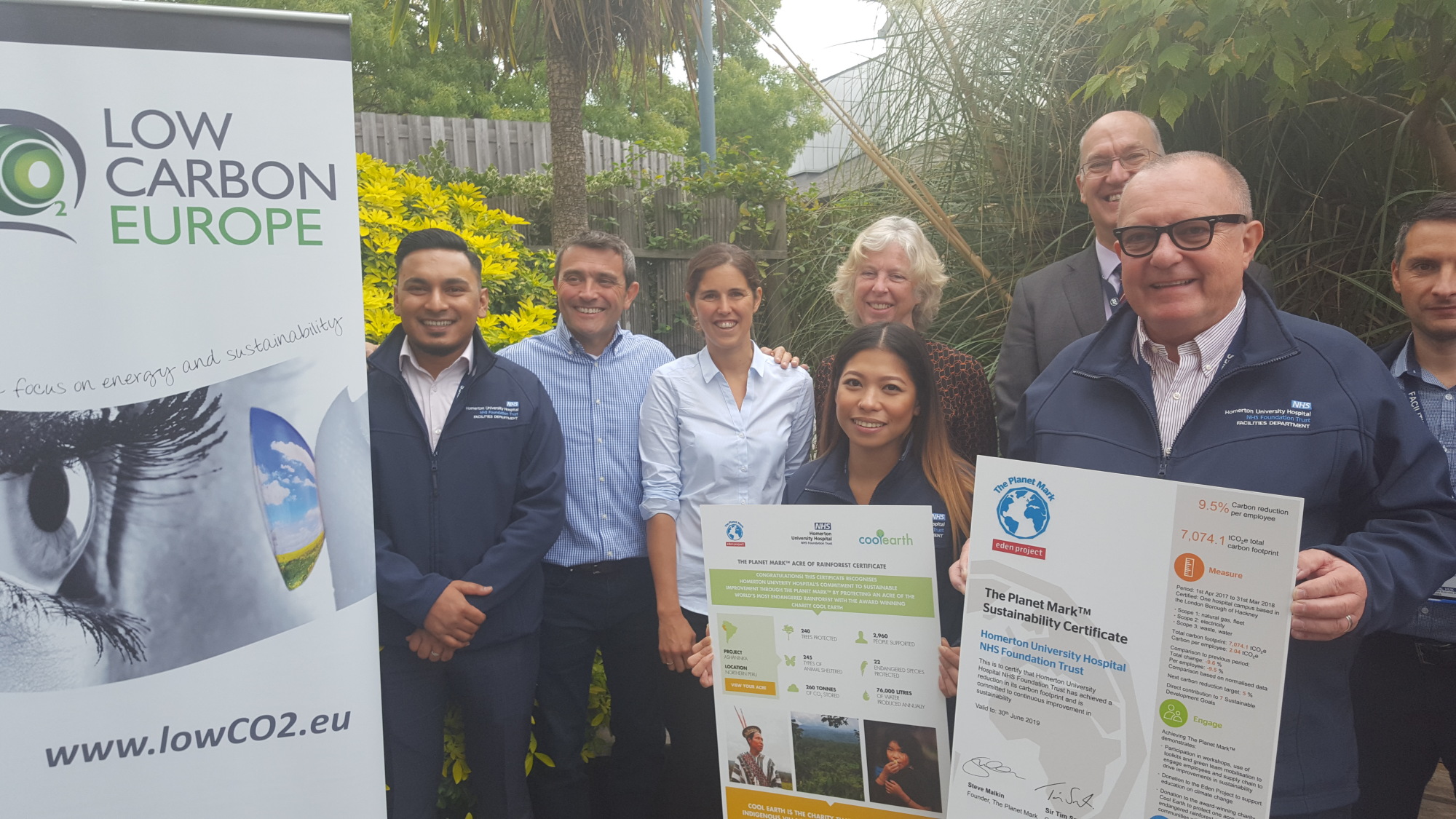 It was announced recently that Homerton University Hospital had retained The Planet Mark for the second year - as the Trust was also being nominated in the inaugural  Planet Mark Awards.

The hospital has cut its total carbon footprint by 9.6% in 2017-18, compared to the previous reporting period.

Homerton University Hospital NHS Foundation Trust is based in Hackney and provides general health services within both hospital and community environments. The hospital has almost 500 beds spread across 11 wards, a nine-bed intensive care unit and maternity, paediatric and neonatal wards.

The hospital has been working with energy and sustainability consultancy Low Carbon Europe (LCE), an Associate Partner of The Planet Mark, since 2016 to manage its impact on the environment. By retaining the certification, Homerton are  also directly and measurably contributing to seven of the UN's 17 Sustainable Development Goals.

The NHS Trust was officially presented with The Planet Mark Certificate at its Education Centre. Upon receiving the certificate Homerton director of Estates and Facilities Chris Forster said: “The Trust is pleased to retain its accreditation to The Planet Mark and fully commits to ongoing improvement and has a board approved sustainability strategy and Sustainable Development Management Plan to achieve this. Working in partnership with LCE has enabled the Trust to identify and deliver improvements and improve the awareness of the organisation and the wider community.”

The Trust retained certification to The Planet Mark by showing good practice in sustainability including:

A number of additional initiatives have taken place over the last 12 months to make this certification possible including the roll out of LED lighting and the introduction of electric vehicles into the hospitals transport system.

Commenting on Homerton’s achievements, Steve Malkin, CEO and founder of The Planet Mark, said: “Presenting The Planet Mark to Homerton Hospital is one of the most gratifying things that we can do.  When people give so much to society, through their work, to see them go above and beyond by reducing their carbon emissions, increasing their recycling and cutting out their use of plastic, is one of the most uplifting experiences you can imagine.”

Throughout the next year, LCE and the Trust will be focussing on implementing a number of initiatives to drive more carbon reductions. These include:

LCE will continue to work with the Trust to support embedding sustainability throughout the organisation and help ensure carbon reductions are made in order to meet Climate Change Act 2008 targets and retain The Planet Mark Certificate year-on-year.

Sustainability champions and enlightened leaders were amongst those being celebrated at The Planet Mark Awards, hosted at Sadlers Wells Theatre, on 12th October.

Steve Malkin, CEO and founder of The Planet Mark, said: "Five years ago we took the bold step to launch a new sustainability brand – The Planet Mark.

"We wanted to empower individuals within organisations so that, if they were inspired to do their bit for climate change or for the planet, there was a way to exercise that energy in their place of work.

"Our five year anniversary awards showcased the outstanding achievements in sustainability from our diverse and growing community of holders of The Planet Mark. After a remarkable number of entries, 38 shortlisted finalists were whittled down by our esteemed panel of judges to 12 separate winners across four categories – Engage, Measure, Communicate and Overall."

The guest speaker was the Eden Project's Sir Tim Smit, who said: “We are all psychotically hooked into a world where we don’t know when to say stop. We are better than being just consumers, we are citizens and we have future generations to keep in mind. That is why The Planet Mark is important, it is something around which we can cohere, it is about having a moral compass"

The Planet Mark Awards 2018 - The winners

Commercial and residential cleaning company GreenZone Cleaning & Support Services has cut carbon by 15.8 per cent per employee in its eighth year of...

Last night saw The Planet Mark hold its 2020 virtual awards ceremony, recognising businesses committed to making a difference through their own sustainable...

Looking for Stars from Afar

The international event for recycling innovation, RWM 2015, is organising what it describes as a ‘global search’ to find the industry’s ‘rising...