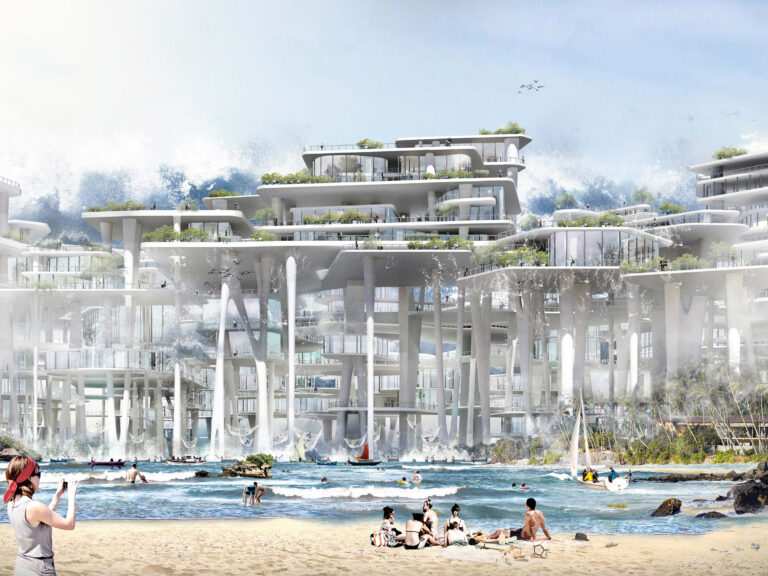 The winners of the 2022 Skyscraper Competition, one of the world’s most prestigious awards for high-rise architecture, have been announced.

Entrants are asked to consider the following:

Climate Control Skyscraper, a series of structures that can modify weather conditions that would improve the global climate crisis, was named the overall winner of the 2022 Skyscraper Competition.

A laboratory inside the tower transmits meteorological observation information to the control ring through communication with the CCT Weather satellite, which is floating in space.

The creators, Kim Gyeong Jeung, Min Yeong Gi, and Yu Sang Gu from South Korea would like to set up Climate Control Towers in countries around the world, eliminating the threat of disasters caused by heavy rainfalls by getting rid of clouds.

Wang Jue, Zhang Qian, Zhang Changsheng, Li Muchun, and Xu Jing from China were awarded second place for Tsunami Park, a skyscraper built along Tonga’s long and narrow coastline to reduce the biological and ecological damage caused by a tsunami.

The designers wanted to reframe “the catastrophic nature of the tsunami into a gift from nature to mankind” using buildings. They even envisage that the higher platforms of the building will become a safe place to watch a tsunami.

Using the “edge wave effect” of tsunamis, the Tsunami Park structure is designed to dissipate these natural disasters when it has not yet inundated a city.

Inspired by the mangroves whose root systems naturally mitigate the effect of tsunamis, this skyscraper consists of a single unit aggregated to form a vast complex along the coastline. Each cell consists of a bottom pillar and a top multi-level platform. The bottom pillar is made up of thick concrete columns that form a porous structure to dissipate the force of the tsunami.

This skyscraper also has a “disaster state” where the upper part of the building functions to absorb the waves of a tsunami. Each level of the building has a water cistern, and the absorbed water is transferred through columns to an underground desalination area for treatment.

In third place is “New Spring”, a structure that aims to stimulate biodiversity.

Designed by Michał Spólnik from Austria and Marcin Kitala from Poland, the structure is inspired by the global lack of crop diversity’s threat to global food and nutrition security.

This striking building is a set of garden modules, each belonging to a particular biome, containing distinct flora, soil, microorganisms, small animals, and microclimate.

With the modules are experimental proto-gardens, which bring together plants that do not co-exist in the natural environment. It is hoped that through this, new crop solutions and adaptations can be found.

Picture: an image showing the New Spring structure, in the middle of a crop field. Image Credit: eVolo magazine

One of the entries that received an honourable mention was Urban Condenser, a structure inspired by the migrant worker community of China. 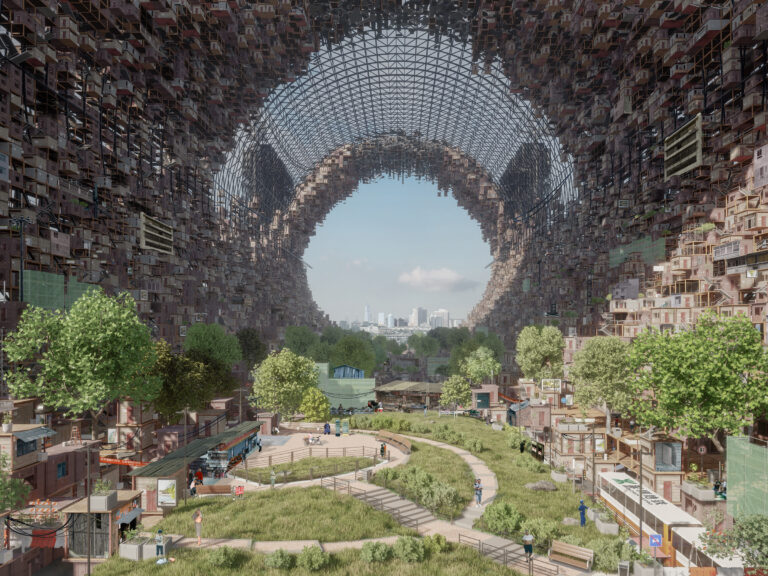 Described as “a super community to stimulate social development” the space allows urban residents and migrant workers to intermingle, aiming to de-marginalise migrant workers who often feel displaced or unaccepted.

All images are credited to eVolo magazine

The shortlist for the prestigious 2014 RIBA Stirling Prize for the best new building has been announced and ThisWeekinFM will be looking at each nominee (with thanks to...