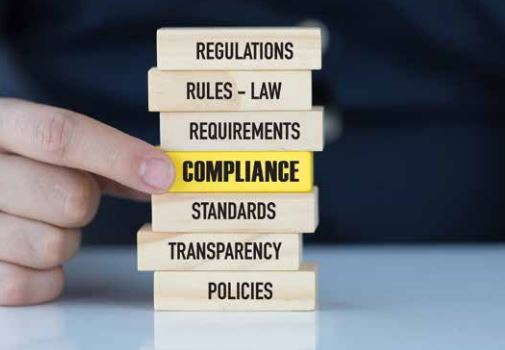 Millions of FM and agency workers and those in the 'gig' economy are to benefit from enhanced rights says the  government as it responds to The Taylor review of modern working practices.

The UK will become one of the first countries to address the challenges of the changing world of work in the modern economy.

Millions of workers to get new day-one rights with sick and holiday pay to be enforced for vulnerable workers for the first time.

Business Secretary Greg Clark said that reforms will ensure employment law and practices keep pace with modern ways of working created by rapid technological change and that for the first time the government will be accountable for good quality work as well as quantity of jobs - a key ambition of the UK’s Industrial Strategy.

The ‘Good Work plan’, which was revealed on Wednesday Feb 8, comes in response to the independent Taylor Review, published last year, which investigated what impact modern working practices are having on the world of work. The review found that the strength of the UK’s labour market is built on flexibility but that a clearer focus is needed on quality of work as well as the quantity of jobs.

Delivering on the Prime Minister’s pledge to not just protect but build on workers’ rights, the government has set out proposals to ensure workers know their rights and receive the benefits and protections they are entitled to and that action is taken against employers who breach workers’ rights.

In some cases the government plans to go further than the review’s proposals, including:

On the launch of the Response, Theresa May said: "We recognise the world of work is changing and we have to make sure we have the right structures in place to reflect those changes. We must ensure that workers’ rights are always upheld. Our response to this report will mean tangible progress towards that goal.

"Matthew Taylor recognised that the UK’s employment law and tax law can fail to provide the clarity that employers and individuals need. The government is also launching a detailed consultation examining options, including new legislation, to make it easier for both the workforce and businesses to understand whether someone is an employee, worker or self-employed - determining which rights and tax obligations apply to them.

Business Secretary Greg Clark said: "The Taylor Review said that the current approach to employment is successful but that we should build on that success, in preparing for future opportunities. We want to embrace new ways of working and to do so we will be one of the first countries to prepare our employment rules to reflect the new challenges.

"We will take forward Matthew Taylor’s recommendations and commit to pursuing the quality of work as well as number of jobs."

According to Clark, the government will seek to protect workers’ rights by:

Clark also said the government will ensure workers are paid fairly by:

Commenting on the response to the Taylor Review of Modern Employment practices, TUC General Secretary Frances O’Grady said: “The government has taken a baby step – when it needed to take a giant leap.

“These plans won’t stop the hire and fire culture of zero-hours contracts or sham self-employment. And they will still leave 1.8 million workers excluded from key protections.

“Ministers need to up their game. At the very least they must end the Undercutters’ Charter that means agency workers can be paid less than permanent staff doing the same job.”

The government says it will also increase transparency in the business environment by:

Quality work will also be considered by the government when agreeing new sector deals with industry, encouraging employers to show how they are investing in their workforces to improve productivity.

The Department for Business, Energy and Industrial Strategy will work with labour market experts, trade unions and the business community to measure the standards of quality work established in the Taylor Review.

The government has announced a consultation about whether to end the Swedish Derogation loophole, which allows agency workers to be paid less than permanent staff even when they do exactly the same job. The TUC describes this loophole as an Undercutters’ Charter for bad bosses.

The TUC wanted the government response to the Taylor Review to announce:

The government has acted on all but one of Matthew Taylor’s 53 recommendations. It rejected his proposals to reduce the difference between the National Insurance contributions of employees and the self-employed following the Budget of 2016 and subsequently have no plans to revisit the issue.

The government has acted on all but one of the joint Work and Pensions and Business, Energy and Industrial Strategy Select Committees’ 11 recommendations. Their report ‘A framework for modern employment’ echoed many of the recommendations in the Taylor Review including greater clarity around employment status, better upfront information to workers and increased enforcement of employment rights.

On February 7 the government also launched the following consultations to inform what the future of the UK workforce looks like:

Consultation on measures to increase transparency in the UK labour market

On the same day that the government heralded its response to the Taylor review of modern working practices, plans were also revealed for another round of minimum wage...