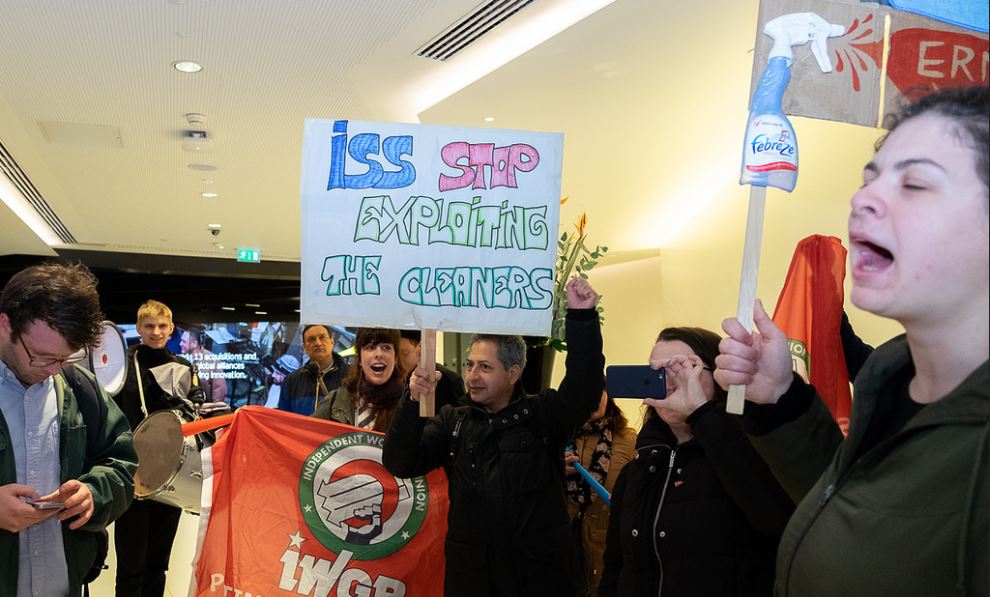 The Independent Workers of Great Britain union is to ballot those same cleaners for strike action over unexpected redundancies.

The 65 cleaners contracted out through outsourcing company ISS, the vast majority of which are IWGB members, were informed on 14 March that the cleaning services for the offices at 1 More London Place, 6 More London Place and 25 Churchill Place would be restructured, resulting in redundancies. The IWGB were to send ISS a notice of strike ballot on April 10.

A union spokesperson said: "These redundancies will put additional strain on an already stretched workforce and not only result in a poorer cleaning provision but also in a significant increase in stress among the remaining cleaners."

The spokesperson continued: "This is being done in the name of cost effectiveness and in agreement with Ernst & Young, according to letters sent by ISS to the cleaners.

IWGB President Henry Chango Lopez said: “These are companies that have revenues in the billions but put the strain of their cost savings on their most vulnerable workers. Ernst & Young, which is already complicit in depriving our public services of billions of pounds through aggressive tax avoidance, has now added another item to its charge sheet - exploiting vulnerable workers.”

No to the union

Chango Lopez also claims ISS has denied the cleaners representation by the IWGB in the redundancy process. He said: They've made the cleaners select reps among a workforce that is untrained and unprepared for redundancy negotiations."

An ISS statement obtained by ThisWeekinFM reads: 'ISS is managing a number of changes in consultation with its employees and their employee representatives. It is our sincere desire that we will avoid the need for redundancy and that suitable alternative employment can be found within ISS for any affected individual'.

Yesterday evening the IWGB led a surprise protest at Ernst & Young's offices at 1 and 6 More London Place, entering the workplace to distribute leaflets about the redundancies to Ernst & Young employees leaving the building.

With security arrangements unacceptably compromised, Ernst & Young was forced to evacuate the building.

Chango Lopez declared: "They'd rather shut down operations rather than allow the workforce to be informed about how the company treats its cleaners."

The IWGB union is to demand a judicial review in a groundbreaking outsourced workers' rights case - the same union which helped illegally storm the offices of Ernst...